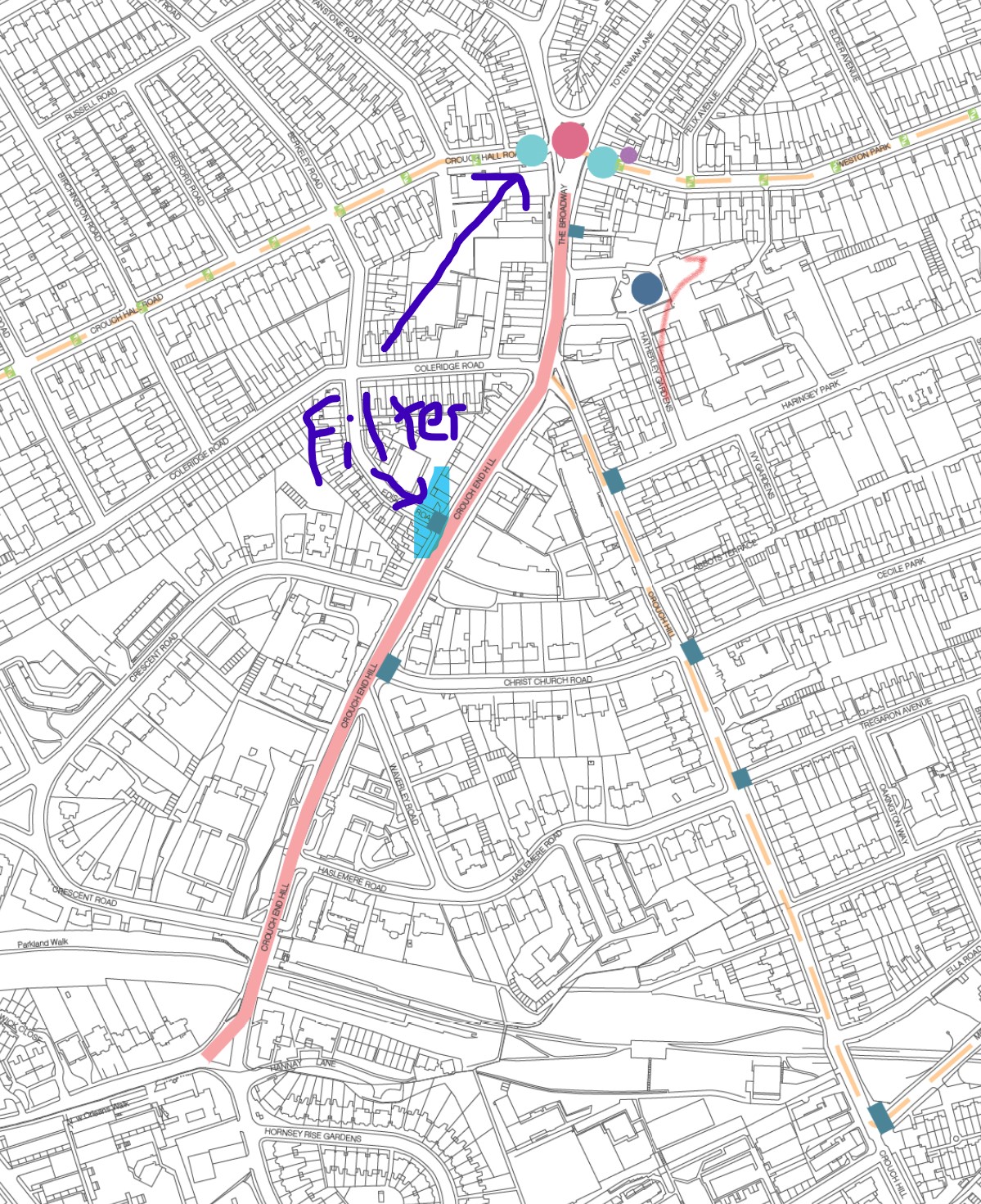 This post examines the merits of changes proposed by Crouch End’s councillors to filter some roads, and to create cycle lanes on Crouch End Hill.

Broadly, I support these proposals. This is not the formal position of the Forum but as we say at the head of the blog, the thoughts of one of its members.

Are taken from a note Cllr Luke Harrison shared with the Forum recently.

Filtering the two side streets

For – Filtering Coleridge and Edison Roads are entirely acceptable. The changes proposed are small but will result in quieter back streets, more suitable for pedestrians and cyclists.

Against – The main objection to these proposals taken in isolation is that they should form part of a wider scheme.

Note that the map at the head of this page is not new, but is adapted from a map included in Haringey’s original submission to TfL to gain funding from the Liveable Neighbourhoods scheme.