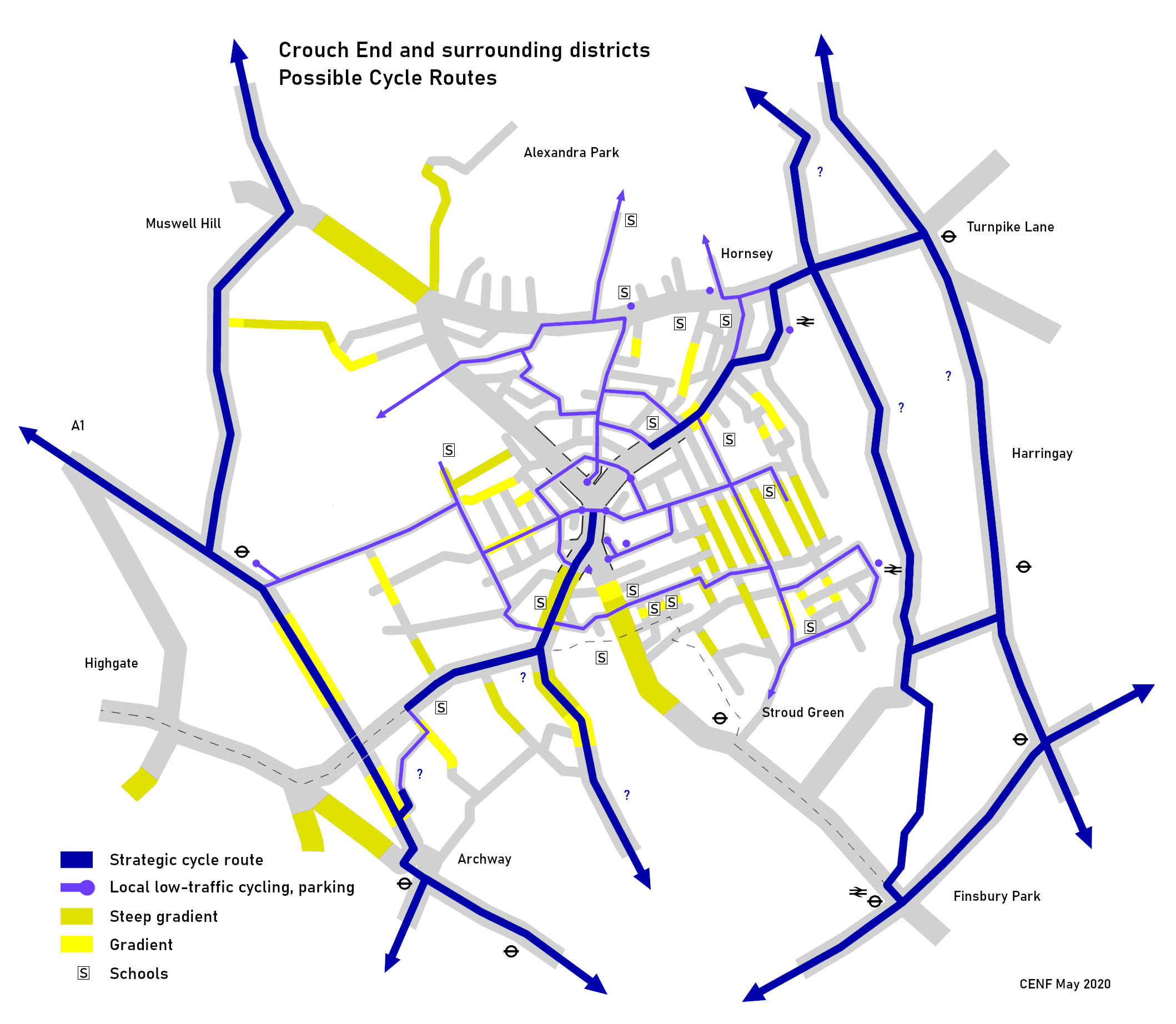 Designs for cycle routes seem to be appearing daily. TfL has identified its desires, and transport and cycling campaigners are in the slipstream. We wheeled out an overview on the impact for Crouch End previously, and engaged with some proposals too. Will Haringey cobble together some emergency routes before the funding deadline of June 5th, or will they backpedal and take the slower scenic route?

In the meantime, we took a look at options and just for fun (as they say), drew up a map. A few wayfinders: 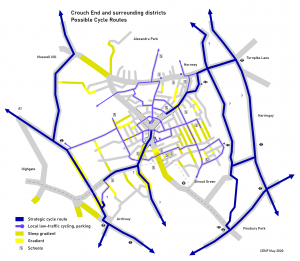