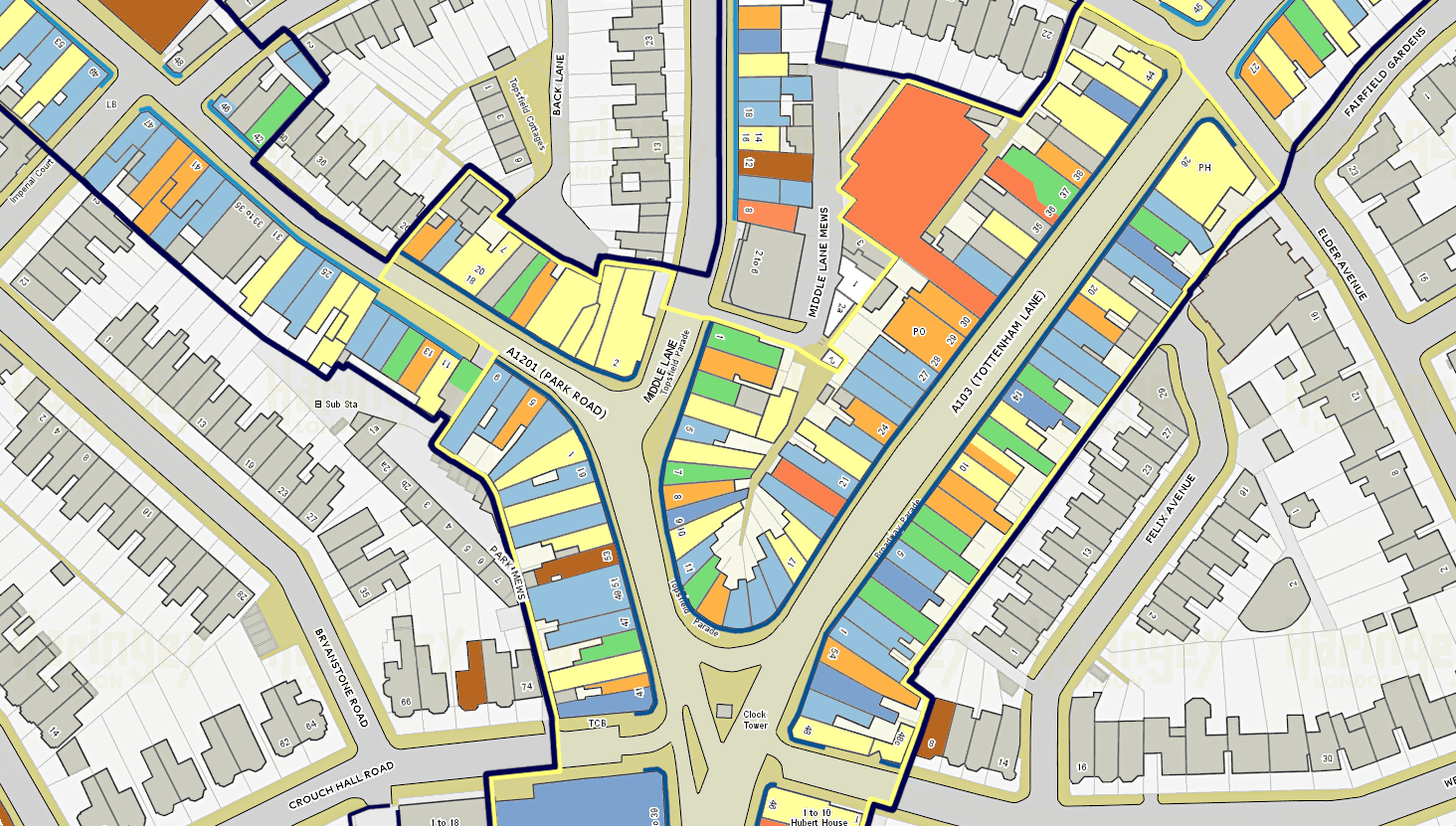 The survey is one of our ongoing exercises, this time detailing the end-December 2019 composition of the Crouch End contiguous shopping centre – that is to say all 301 retail units comprising some 40,000 square metres of floorspace (plus 27 premises in non-retail use, mostly office space). Previous reports can be found at: 2018, 2017 and 2016.

This year’s headline? Well, amid repeated media reports on High Street decline across the UK, and the obvious and continuing growth of online retail, alas Crouch End did not escape.

Last year we noted the vacancy rate was still low, but suggested the outlook was ‘choppy’. It was. Two figures tell the story: Firstly, the number of vacant retail units rose to 24 – last year it was 11 (the year before, 12). A vacancy rate of 8% and climbing. Secondly, the rate of change, the ‘churn’ of shops, also rose: In 2018, 23 businesses/properties changed hands, but in 2019 there were 38 changes (one eighth of the total units). After a few years of little change in trend the sudden lurch downwards is a stark display of difficult trading conditions.

2019 also saw a significant drop in the numbers of chain shops – now a majority of overall closures: the number of multiples in Crouch End fell by 13.4% compared to a 2.9% drop in independent traders. The assumption that independent retailers having things harder is no longer true. The loss of chains is a blow, they supply anchor stores that improve overall visitor numbers – but are also used as a benchmark for town centre ranking exercises.

Last year our headline noted that the long Crouch End café and restaurant boom had stalled, with zero growth over the year. In 2019 the trend was unmistakeable: the food and beverage sector contracted by 9% to 68 outlets. This is the first contraction in years. As the sector has provided much in the way of a local USP, we should perhaps be concerned. Footfall is obviously down, with a suggestion that this is linked to the growth of food delivery operations. Judging by the numbers of delivery mopeds lining the main roads we suspect it is.

The contraction of comparison shopping steadily continues, such use now down to 17% of total floorspace. In the primary district centre (essentially the Broadway plus Tottenham Lane) over one quarter of comparison outlets are now charity shops – a classic sign of retail stress. Crouch End is no longer a destination for comparison type shopping, though to be truthful it hasn’t been for some time. Still, we understand the future is in services – and thankfully service-type operations classed under ‘hair & beauty’, and indeed estate agents for example, are relatively unchanged. Though noticeably, no growth was recorded.

Overall, the ‘A1’ use category (ie. convenience plus comparison retail) now describes 49% of shops in the primary area. This is considerably fewer than the Haringey Local Plan policy objective of a minimum 65% A1 – a policy which, if enforced, would presumably drive the vacancy rate to a good deal higher than the current 8%. So, while we should be grateful to Haringey for turning a blind eye to ‘change-of-use’ – is there a new lower limit for retail below which the town centre loses its purpose? 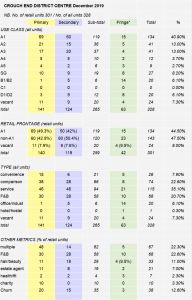 2019 began poorly with the loss of the Earl Haig Hall, not only a pub but for 90 years a valuable community space (a nursery will open in the building this March). Indeed, the most difficult period of the year was the first quarter, and with news of the impending closure of Roxanne and Scarecrow it may be a similar gloomy start to 2020. Other sad losses included some very long-standing Crouch End fixtures such as Thomerson’s after 57 years of trading, and Floral Hall Antiques, also decades in the same family.

There are many rumours of changes to come of course, not least the possibility of a Holland & Barrett and the possible redevelopment of the Crouch Hill Oddbins site, but we’ll wait for confirmation.

Lastly, we are monitoring the take up of the line of new units taking shape alongside the cinemas of Tottenham Lane. These are relatively larger than the Victorian units of Topsfield Parade, and we have concerns whether a further spread of Crouch End’s shopping centre is viable. 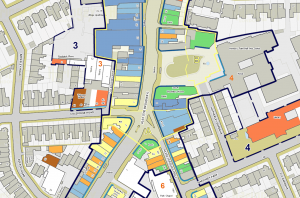 At which point in the blog we shrug off the gloomy figures, ignore the blatant trend towards our online future, and search for positive news. High Street resilience, as often reported, can be enhanced by a flexible and visitor-centred offer (or, a Mars bar ‘work rest and play’ mix as reported in today’s media – alas, we are rather lacking in the ‘work’ department). We certainly need people to come for a variety of reasons, and hang-around once they do.

Thankfully, as mentioned in previous blogs, the prospects for Crouch End are substantially improved by the two major projects coming forward: the Hornsey Town Hall development and the TfL/Haringey ‘Liveable Crouch End’ project, –

Hornsey Town Hall, if successful, will deliver a bona fide heritage visitor attraction in 2021 complete with arts venue and hotel, which, if we get it right, should benefit the whole town centre. As we know, once visitors arrive in Crouch End they find it very difficult to leave.

As complement, the Liveable Neighbourhood thing promises, essentially, a high street makeover by 2022-23. Key objectives for the project (and for CENF) are to improve urban realm infrastructure, whether wider and improved pavements, better crossings, new public spaces, reduced traffic or greening. Undoubtedly any scheme which aims to reduce car travel will face opposition, but if we’re learning anything at the moment it is this: the local economy is in decline and the status quo is not sustainable. The creation of a more liveable, beautiful, less shabby, more desirable town centre to visit has to be part of the answer. Even if a few parking spaces are lost along the way. The project team will be required to listen carefully to the traders, not least about servicing requirements and the impact of changes such as CPZ hours (etc.) – and hopefully everyone will see the potential. Stay tuned.