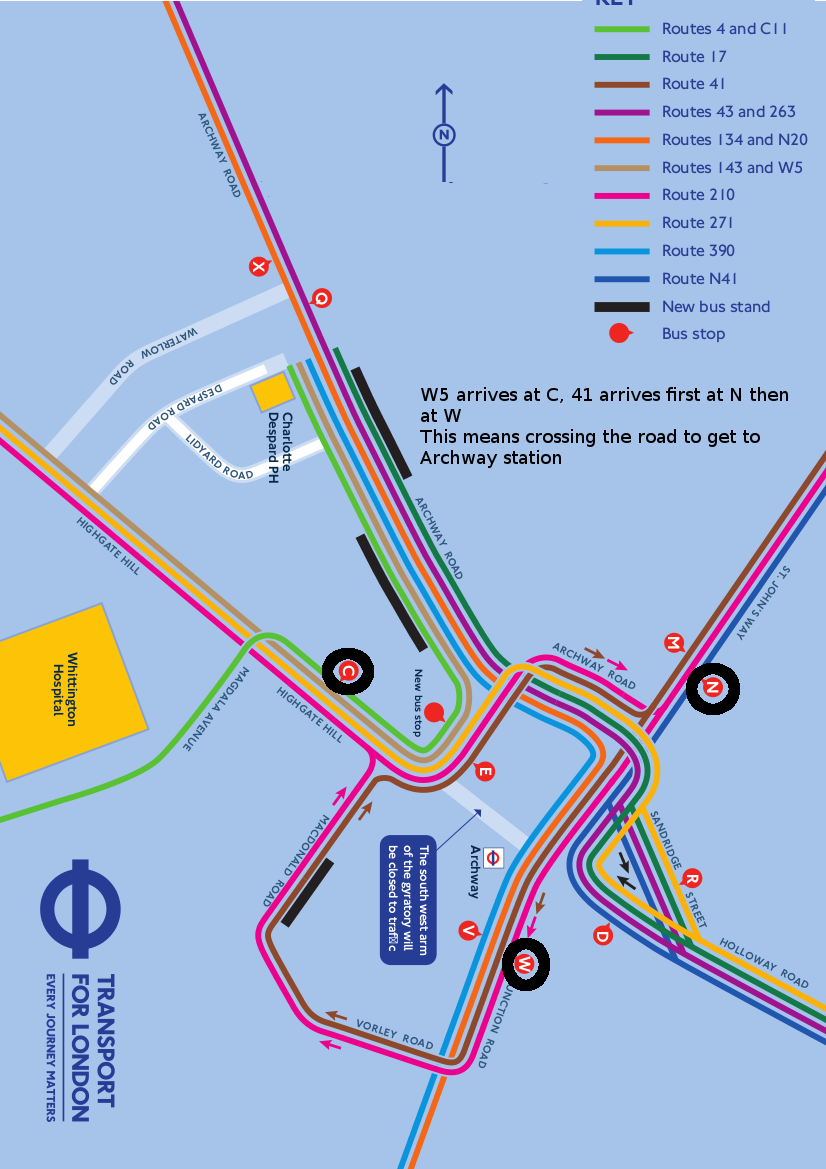 TfL has proposed far reaching changes for the Archway gyratory (one-way) system. The object is to make the Archway a much more pleasant and safer place than it is at present. TfL is consulting on the current proposals. This is especially of interest to Crouch Enders because of the changes to the location of the W5 and 41 bus stops. At the moment both deposit passengers on arrival in MacDonald Road, so a short walk to the station and no roads to cross. They both pick up from the stop on Junction Road – again a short walk, no roads to cross, and a choice of which bus to take – either your favourite or which ever comes first.

The proposals disrupt this neat arrangement – arrivals are now are further away and demand that a road be crossed, while the two buses leave from different stops. We believe TfL should be reminded that this does not represent an improvement to the Archway for Crouch Enders. “Reminded” because in the previous consultation many respondents have made this point already – look at Arriva’s comments in this document.

So CENF has made an official response giving the following answers:-

Your proposals make matters worse not better. Departures to Crouch End would benefit from the choice of W5 and 41  which presently is achieved at a single stop. Your proposals separate these two routes so that passengers must choose one or the other. This makes matters worse and will extend waiting times. It is also true that every arrival from, or departure to Crouch End now requires passengers to cross a road, where previously no roads needed to be crossed.
Also, there would be very considerable benefit to link routes via the service road outside the Whittington main entrance on Magdala Avenue.
You have also introduced a number of empty bus runs and chosen to have bus stands on inappropriate side roads.

Q11 The consultation has beautiful diagrams and looks very good. Unfortunately the proposals are not up to the same standard 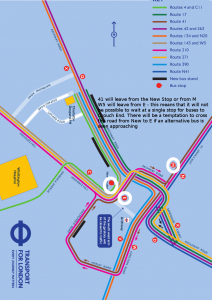