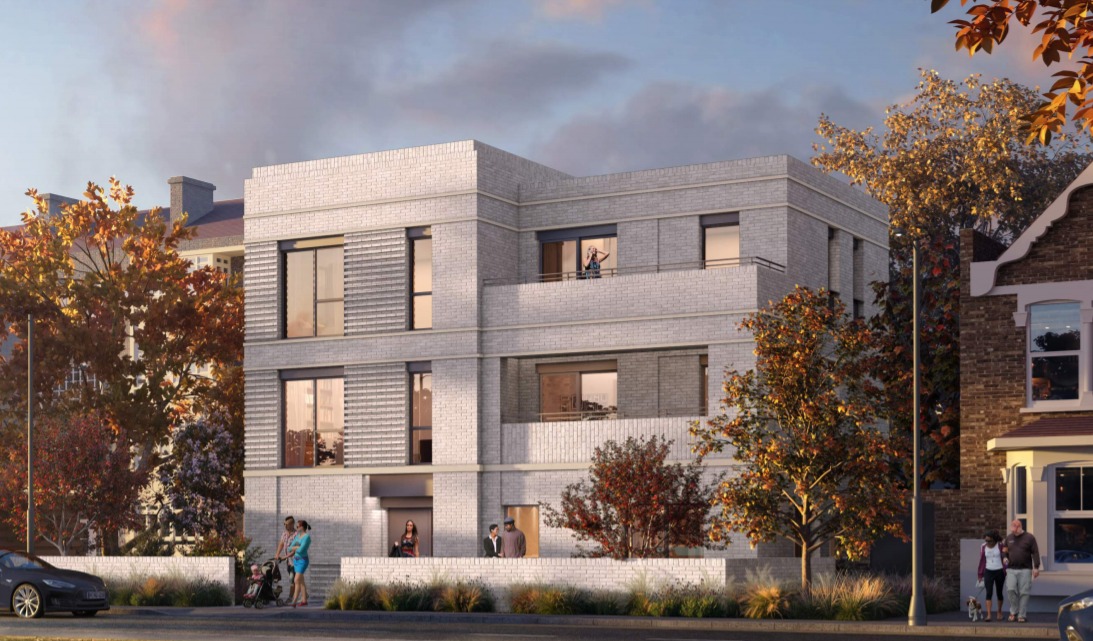 UPDATE:  The proposal for flats and houses received planning permission despite many objections (particularly about the loss of trees) in March 2022.

To wit: Demolition of garages and removal of parking area and erection of 3no. x 2-storey houses fronting Barrington Road with front and rear gardens, and erection of 6 apartments in a 3-storey building fronting onto Park Road.

Just opposite the Queenswood Medical Practice in Park Road is a pleasant green space with trees that sits alongside Ramsey Court and is enjoyed by the residents there. Earlier this year Haringey Council announced proposals to build on this space. Following an initial round of consultation the proposals have been modified, and what is now being proposed is a two-part development: nine flats to be built on the green space facing Park Road, and three houses to be built at the back of Ramsey Court in Barrington Road.

The Forum is dismayed to see another attempt to cover every last blade of grass in Crouch End with concrete. This is just about the last pocket of green space on what is a busy road. To make matters worse this would also involve the loss of nine trees, three of which are large and mature. How does this destruction of mature trees square with the Council’s self-proclaimed climate emergency?

Of course there is a need for more housing, and to this end the part of the development in Barrington Road looks reasonable, replacing a row of shabby garages and matching the existing roof lines of other houses in the road. But the proposed obliteration of the green space and trees alongside Ramsey Court is unacceptable. A formal planning application has not yet been submitted, but we encourage you to comment on the existing proposals by visiting the council webpage at https://ramseycourt.commonplace.is/  (you have until July 4th)

A pdf of the proposals is here.  Images courtesy Haringey council. 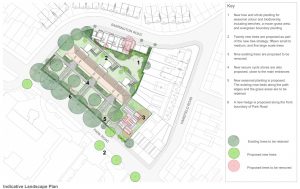