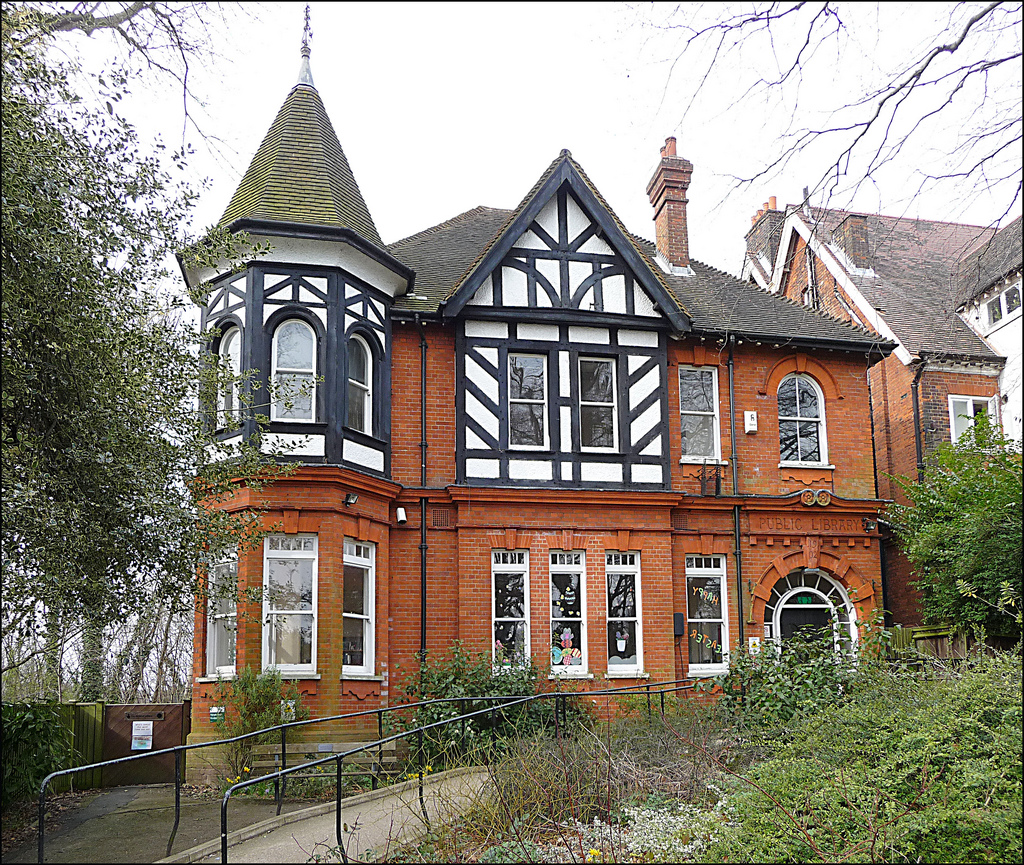 CENF members may be aware that the future of Highgate Branch Library is a topic of local concern at the moment. Though outside the Crouch End Neighbourhood Area it is actually within Crouch End ward – and is clearly used by many Crouch Enders. The Forum are taking a watchful interest.

The advertised proposal is to close and sell the old library building and use the proceeds to fund a new library space within the neighbouring Jacksons Lane Centre. A report is going before Haringey Council Cabinet on June 20th : “Proposed Relocation of Highgate Library Services and disposal of the existing Library site“.

The main points seem fairly clear – that the idea originated with Jacksons Lane who are in search of matched funding for a crucial Arts Council grant, and that the proposal presents both a solution for them and Haringey, who are keen to retain library services (and are to be congratulated), but are keener still on disposing of assets.

The relocation and fitting out of the new library would come out of the residual proceeds of the sale of the old library building, once a ring-fenced £million had been paid out to JL as matched funding for their Arts Council application.

Obviously there’s a campaign to stop it (Save Highgate Library), drawn from locals who clearly value both the service and the building, a civic asset. But Jacksons Lane have their own local supporters as their most recent blog affirms. JL’s claims of transforming library services and a grand £7m mediatheque tend a little toward post hoc justification though, and perhaps simply allaying people’s fears of a diminished library housed in a couple of storerooms round the back would be a safer strategy.

If people are interested in more info, there are engagement events on –

11am and 6.30pm on Thursday 22 June
(meet at Jacksons Lane for building tours at 11am and 6.30pm, followed by discussions at Highgate Library)

We understand that library services are under threat these days, reeling from a double whammy of local authority cuts and the internet – but still feel the closure of a century-old asset deserves close scrutiny.

The space appraisal and architect’s options have now appeared online at a dedicated Highgate Library and Jacksons Lane website. Option 4, the large library option, is pasted below. “The option study should be viewed as a series of first sketches to generate discussion”.

The timeline now appears to be – 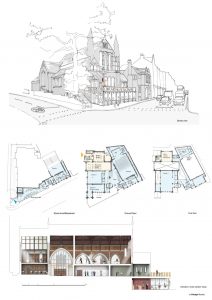