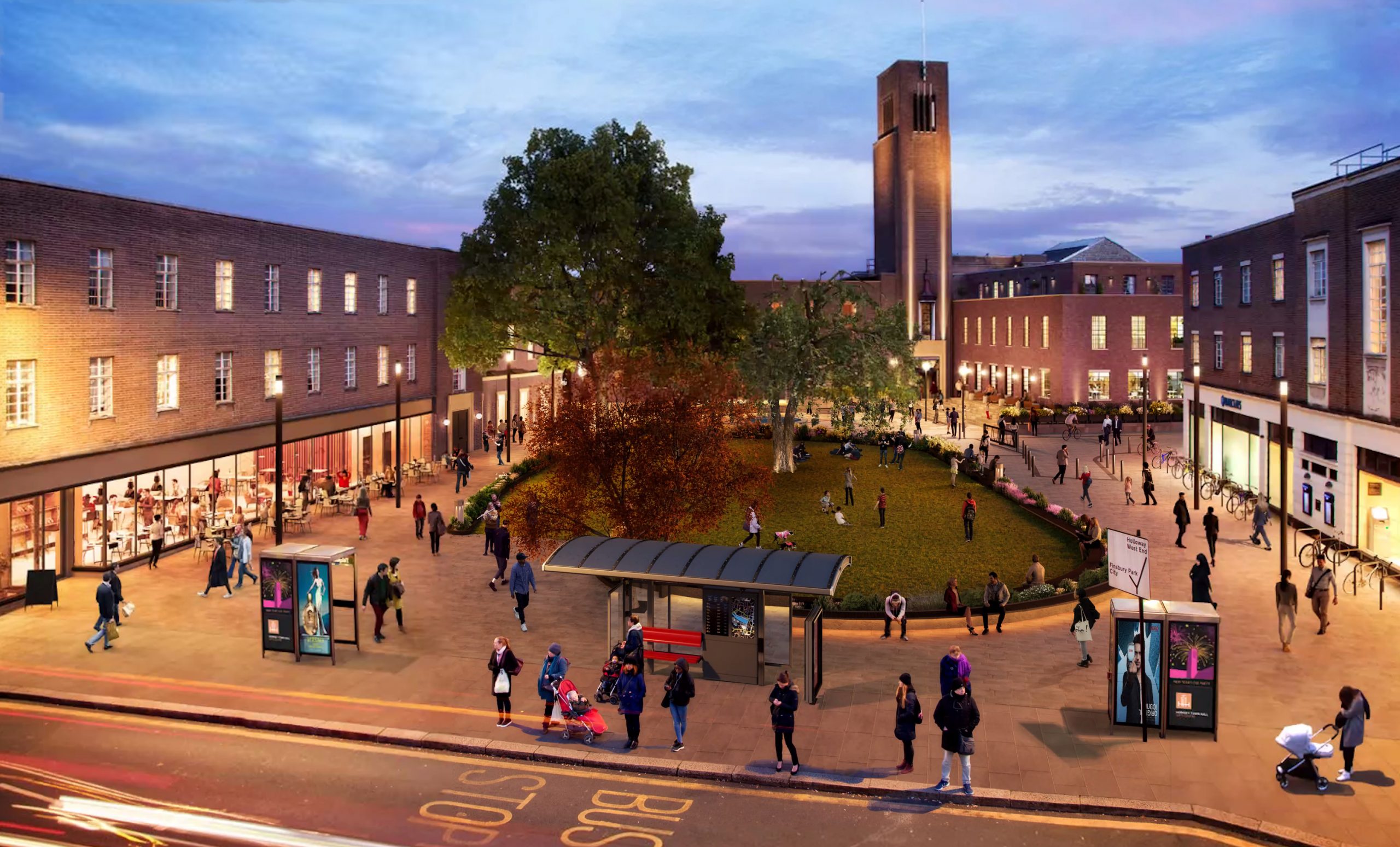 “At the time of writing, we expect the granite paving to be removed from the site w/c 24th January and the replacement York Stone to commence from 8th February. This should allow Ardmore to complete the replacement works by April 2022.”

More shenanigans with HTH and the Town Hall Square, this time over the issue of the paving materials – people may have noticed the slow unveiling over recent weeks.

The problem is, it’s the wrong stone: granite rather than the York stone specified in the planning permission. Now granite may be cheaper and more easily maintained, so there is an argument for it in appropriate locations, but we don’t think this is. The York stone was there for a reason: it is (or was) viewed as a suitable response to the sensitive location.

More pointedly, no one informed the planning authority of the switch, a task clearly required by the planning conditions attached to the consent. People naturally noticed this, not least the Forum, and we began asking questions even before the hoardings started to come down back at the beginning of October. Some weeks later, a rather expensive outcome is now apparent:

Haringey have instructed the developer and contractor to rip out all the paving laid thus far and replace with the originally specified York stone. The Breach of Conditions Notice, which cannot be appealed, is available at TPC/2021/00037.

The story has also made the Ham & High latest edition, “Developer told to dig up granite slabs at Hornsey Town Hall Square“.

(Image top, the original 2017 render of the Square, credit Make. Other images, CENF)

In context, absolutely. The Square is part of the formal composition of the highest status group of listed buildings in Crouch End (listed curtilage in our view), it serves visually and materially as the entrance to the Town Hall, the arts centre and hotel, and, of course, represents the only open space in Crouch End town centre. Indeed, the scheme is the most important regeneration showcase for the area in decades. The aesthetics could therefore hardly be more significant: as the customers of the new cafés, bars, restaurants, and events will undoubtedly discover – not to mention all those who will simply enjoy the new green.

To what extent the use of granite would have harmed the setting is open to debate, though many have mentioned to us that the grey tones, crystalline appearance, and designed module size of the present paving jarringly fails to complement the brick 1930s buildings. Of course, the warm tones and superior appearance of the York stone was favoured originally, justifying the loss of some original material and regardless of maintenance and performance issues. We’re happy to see it return, and note that anywhere else in Europe a Town Hall Square would present the finest limestone, fountains, and the tricolore flying.

Well, things do, and the developer has indeed suggested ‘oversight’ as the explanation for the missing planning application. However, the decision to substitute with the granite was evidently taken sometime ago before construction on the project began, so they’ve failed to notice their omission for maybe three years. Whatever happened, bringing things back to the present, the paving issue was identified by the Forum a whole two months ago so we’re at a loss to explain why the contractor blithely carried on laying the granite, only now to decide to rip it up and start again. In terms of expense and delay, this is a poor result – although we do get the Square as originally planned. Let’s hope the delay doesn’t affect the overall timetable. 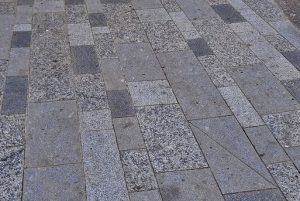 Lastly, we’re a little relieved that a campaign was avoided, preferring to see resolution through Haringey’s planners and other stakeholders. Both the building and more widely Crouch End, need the HTH project to be a success and we don’t think continuing bad press is at all desirable, particularly as we’re only six months from opening night. What we’d prefer to be discussing at this point is a well drawn pre-launch PR campaign with renewed focus on the public-facing aspects of the project, including the Square, the restoration, the arts centre, and the cafés and bars, together with effective community buy-in. Which is why this episode is disappointing: it’s both badly timed, wholly avoidable, and has led to significant annoyance from stakeholders who take time to attend construction group meetings in good faith. Time for more inclusive thinking?

And finally… other issues on the Square

Firstly, the slowly dying Horse Chestnut has now been lopped (to stop dead limbs suddenly crushing the unwary), as per the wishes of the tree campaigners. We continue to think it would have been better to remove it and plant replacements. But there you are.

Secondly, another issue on the Square has rumbled away for sometime: the appalling condition of the line of clutter fronting the Broadway – the bus stop, broken seating, half-derelict phone kiosks, sundry bins, etc. Suffice to say the matter has been raised repeatedly, and Haringey (this is ‘public highway’, so their responsibility) are scoping how funds, raised from the developers under ‘section 278’, can be used to improve appearances. There’s a small amount earmarked for a new bus shelter too. We’ll report back.