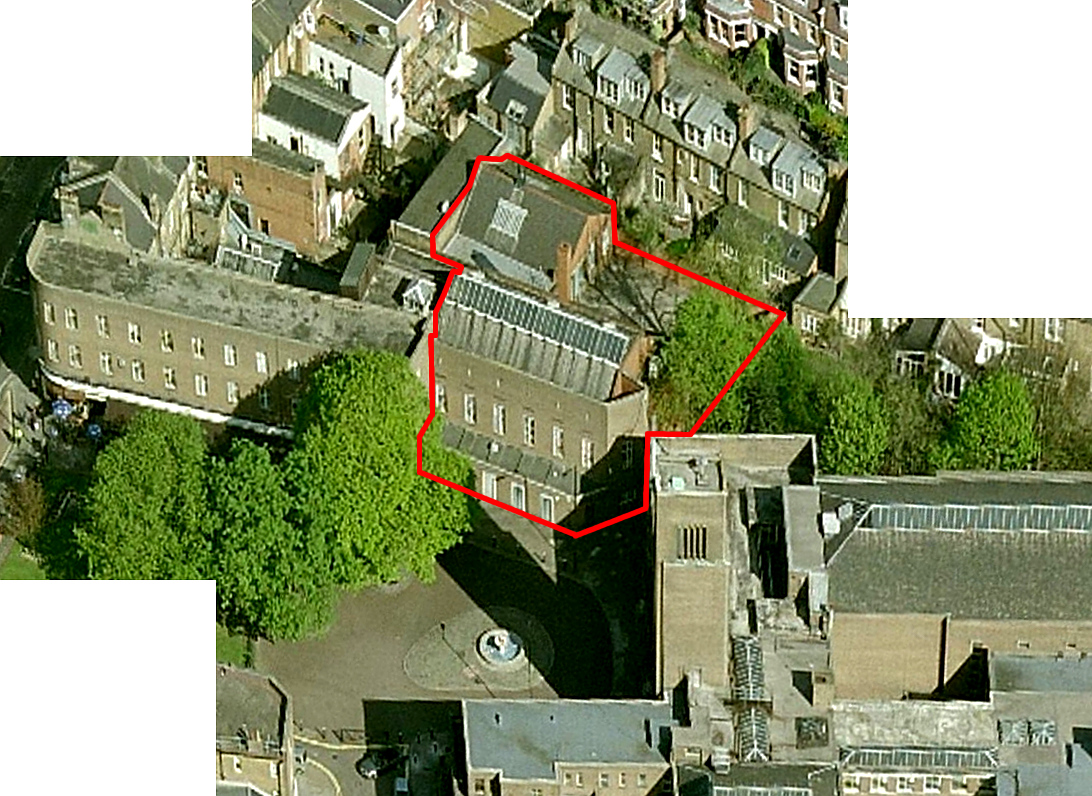 With the grand projet of Hornsey Town Hall now just months away, and the planning application due in July, the Far East Consortium have revealed their latest plans – and asked for feedback.

The local community are no doubt mulling over the strengths and weaknesses of the proposals, but the CENF economy group, mindful of Haringey Council’s suggestion that the development serve as a place-making initiative, saw an opportunity to fire off a proposal sooner rather than later – and try to put a bit more ‘Crouch End’ back into the plans, something that aids the local economy rather than just settle for another residential dorm.

“ ‘Open workspaces’ allow small and micro-businesses to share space and resources on a flexible basis. They offer spaces that are suitable for the needs of micro- and growing businesses, alongside business support and a collaborative environment for peer-to-peer collaboration. At their best, open workspaces support economic growth and the regeneration of neighbourhoods, and offer a lifeline to the city’s creative sector.” (IPPR ‘Start Me Up’ report Dec 2016).

The strength of local demand for small scale and readily useable workspace is now well established – both in the evidence supplied by Haringey Council in the preparation of the Local Plan, and more significantly, by the clear success of the meanwhile use of Hornsey Town Hall by ANA Arts Projects Ltd. A stream of one and two person operated SME’s, often start-ups, but also small companies at more mature stages of development and those requiring workshop-type accommodation, have filled the available spaces in the wings of the Town Hall building. 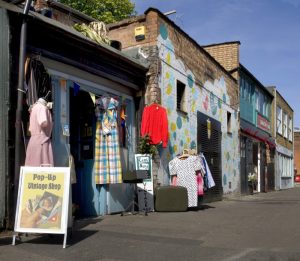 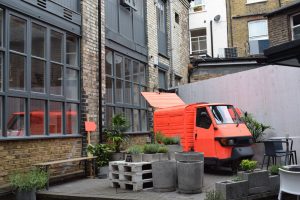 Successful open-type workspace development in London is in locations with high numbers of businesses involved in digital technology, communication, media production, business and professional services, designer-makers and other creative businesses – with high rates of entrepreneurship and start-ups (*GLA research). An analysis of businesses currently housed at HTH exactly mirrors these sectors, the profile of demand in Crouch End corresponding to that in central London districts (*see list of HTH businesses appended). 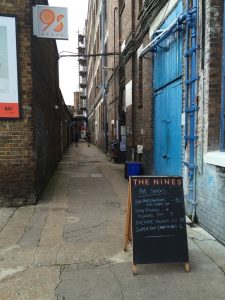 The regenerative role of small workspaces:

The Bussey building in Peckham. A transformative initiative for young entrepreneurs (and a roof-top bar) – with an immediate London-wide profile for the development and Peckham

The Neighbourhood Forum believes that to sustain itself as a growing urban community Crouch End needs to meet this demand and find an affordable way for entrepreneurs, unable to enter traditional office leases, to test their ideas. The provision of open workspaces, increasingly common across central, East and South London is still under-represented in North London. The time for co-working and flexible workspace innovations here has arrived.

‘Office Club’ at the Peckham Bussey building – hot desking with membership scheme (access to gym, yoga studio, etc.) (pic. Office Club). The possibilities of the YARD include workshops, maker-spaces, and innovation centred incubators such as Makerversity and Fablab

The co-working spaces in the East Annexe equipped with meeting room, café and retail unit, would run on a membership basis. The YARD’s provision of 48 or so work stations, is a mid-range size co-working space (according to IPPR the average users per space is 82, sharing 52 desks, over 1250m2).

Access to a variety of facilities provided by arts centre and hotel would be highly saleable. In exchange The YARD co-working space would offer benefits to the overall project, with temporary membership open to hotel guests – and discounts for arts centre tenants and the homeowners and occupiers of the residential development. 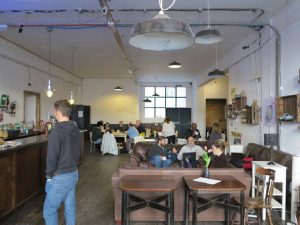 IPPR’s ‘Start Me Up’ report concludes, –  “Open workspaces also have strong potential to make areas more attractive. Developers we interviewed perceived open workspaces as powerful agents in stimulating growth and identity for neighbourhoods”… that… “we found evidence that open workspaces increase footfall in an area and spend in local shops. Open workspaces can increase the value of development through placemaking, cultural and economic benefits.” 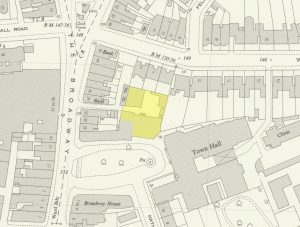 Site Appraisal and Commercial Use

The East Broadway Annexe building was constructed as telephone exchange 1910, re-faced in 1938 to match the adjoining Annexe. Listed Grade II, the heritage value is confined to the facade and its role in the group composition of the square. The interior is not of significance. Always providing office space, the 2010 consent envisaged both office and retail use.

Community uses, retail, workshops and workspaces have often been proposed for this section of the HTH site – for example the popular community bid of 2004 saw the advantages of a small, busy, mixed creatives-led commercial and retail development linking the East Annexe and Mews.

A liberal, urban, increasingly affluent community, self identifing as creative, independent, and civic-minded. The wider district, including Muswell Hill, Highgate and Stroud Green, has an established culturally literate audience, and a growing economy of small independent creatives and entrepreneurs. 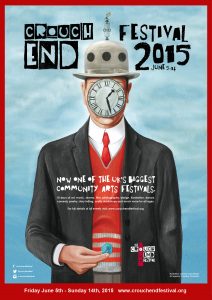 A grade II* building, a civic square, a continuing story as a performance and event space, plus a Crouch End location = a strong, locally distinctive USP – a Crouch End place-making initiative

The planning submission is expected in July, and the Forum will be fully engaged with the process. See also our previous HTH posts under category:Hornsey Town Hall.