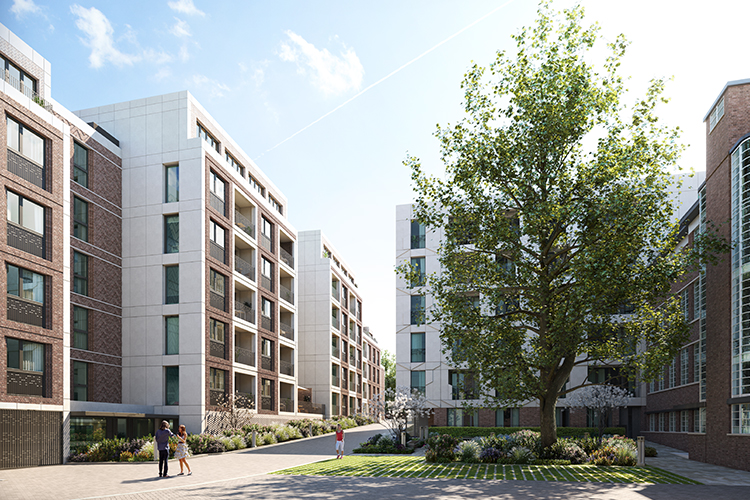 Life, the economy, and London’s housing needs will continue after these strange times, so with that in mind, and perhaps for those of you looking for a diversion, we thought we’d highlight a few of the more arresting residential developments afoot in Crouch End. Have a read and feel free to send Haringey planners your thoughts. And heaven knows what the housing market will look like for the next couple of years.

Crouch End is frequently the object of various housing schemes, from large blocks of flats to the less visible creep of small scale infill of disused garage courts and roof extensions – developments which will only increase after the latest expansion of ‘permitted developments’ announced by the current Secretary of State for Housing, Communities and Local Government. We hope his accompanying warm words about improving the standard of design (and our Conservation Area designations) will protect us from the worst.

The district has a number of projects up and running, not least Crouch End’s most significant development, Hornsey Town Hall (pictured above), which in residential terms will provide 146 flats (including 11 social rent units) – not to mention the 68 self-catered apart-hotel rooms in the Town Hall itself. The marketing suite has a webpage here, and we’ve blogged about it many, many times.

Add to that the slightly odd mixed development behind Coulsden Court on Park Road, now complete, with 9 residential units and office space available.

To the south, the ex-funeral directors/ex-Hogshead pub/ex-Evans Cycles building at 33-35 Crouch End Hill is now behind hoardings (calling itself ‘Zachary Lodge’). The rather dismal addition to the streetscape (image below) will see 7 flats created plus a commercial unit (the occupant of which is much rumoured, though still to us, unknown). 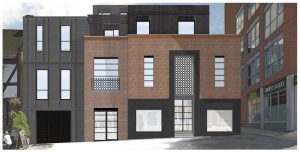 Please note: Haringey LPA have announced “Public consultation to be undertaken when possible to carry out, in light of current pandemic conditions”

In pre-planning. Neighbours are already aware of this project, now on the drawing board of architects Kiran Curtis + Associates (previously lead consultants at the new Campsbourne development). The proposal is to demolish the garage court to the rear of Ramsey Court (facing Barrington Road) and develop 4 council-owned houses. See more here.

Part of a string of sites earmarked for Haringey’s Council Housing Delivery Programme, the rather restrained plans for Ramsey Court contrast starkly with the proposal for the replacement of Cranwood House on Muswell Hill Road which features blocks of 42 flats. The redevelopment of the YMCA Harringay Club annexe on Tottenham Lane, part of the same Programme, is still at the ‘feasibility’ stage. 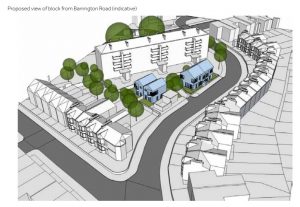 Now in Planning. With an earlier application withdrawn after pressure from neighbours (and an appearance in the local press), the project to replace the care home is back on again after a re-design for the annexe at the rear of the main house. It remains a development of 9 flats (the reduction of massing has not reduced the number of bedrooms, so we guess they’re just smaller units). See Haringey planning, reference HGY/2020/0773. 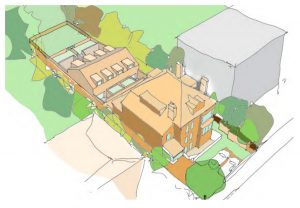 Consented. A backland development (are there many left?) and demolition of 18 lock-up garages for 3 houses. They’re the familiar brick boxes, mostly two storey. Haringey pre-app advice was to reduce massing and impact on neighbouring amenity, and to respond to the CA character. Which is interesting, as at the other side of Primezone Mews HTH’s 7 storey blocks of flats are deemed okay. At HGY/2019/2829.

In pre-planning. Re-development to provide 9 residential units and 319m2 of retail floorspace across two shops (class A1) in a four storey building over basement. Haringey planners are pushing for an increase in the number of residential units, though we would prefer something lower than 4 storeys – it is in the Conservation Area. 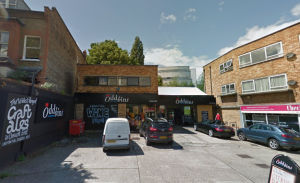 Should you want a bit more of a battle, how about this contentious development in Muswell Hill –

Whitehall Lodge, one of the finest 1930s Moderne apartment blocks in the area, now with an application for a top floor extension (HGY/2020/0665). Maybe it’ll get consent too, despite the applicant’s heritage statement being seemingly riddled with errors (‘unknown architect’, ‘built 1938’, ‘international modernism’, etc.). The statement concludes ‘nothing to see here’, to no ones surprise. 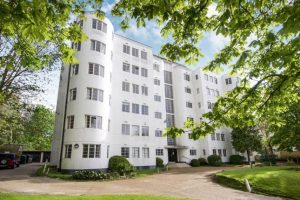