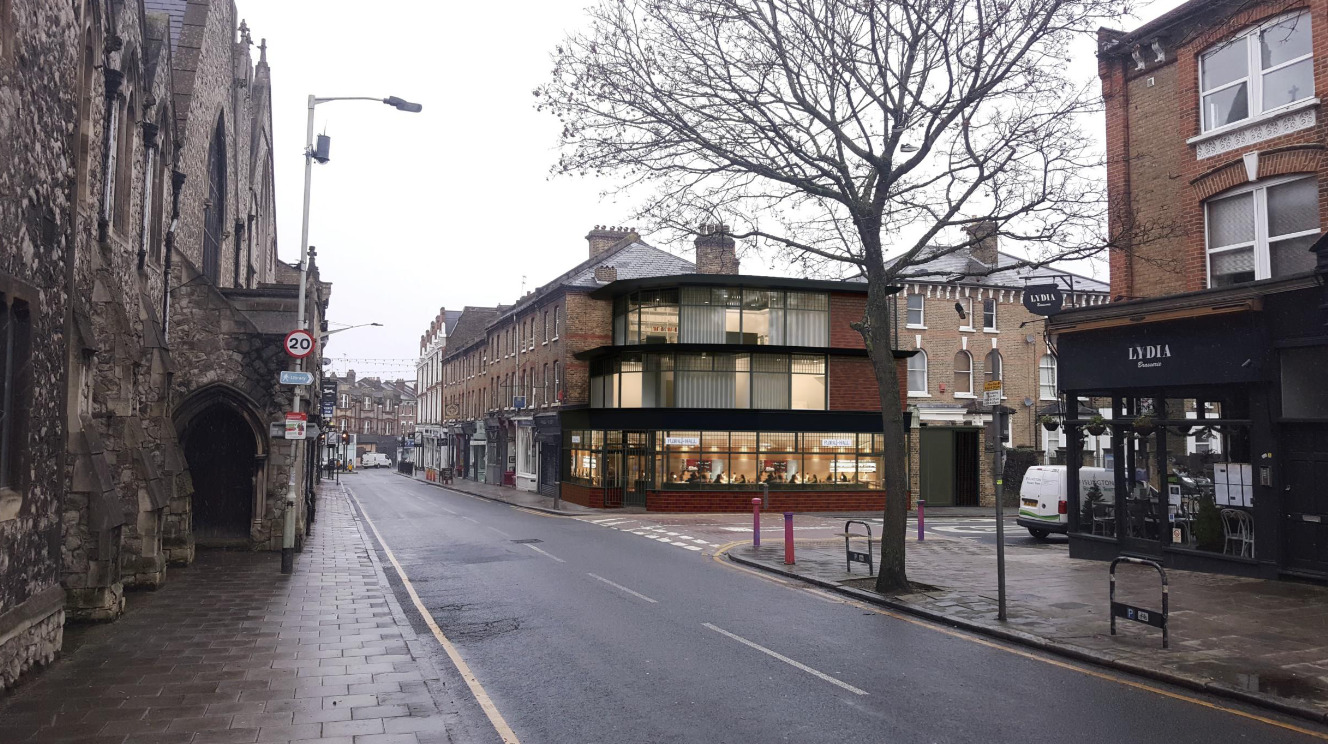 Just when Crouch End thought the recent redevelopment of the town centre might be coming to a close (Tottenham Lane and Hornsey Town Hall, we’re looking at you) along comes a slew of new proposals. Proposals even in places you wouldn’t have guessed – and the scheme to top the Floral Hall with a two storey upwards extension certainly falls into the category. With consultation now closed we await decision, though over 200 objections are significant for such a diminutive (but characterful) building. Our thanks to those who contacted us about the application.

Other projects in planning include Broadway Court and, imminently, a block of 26 flats at 139-143 Crouch Hill (the site of the ex-Oddbins and the existing Crouch Hill Mansions).

Above: the applicant’s proposal (source: DAS)

Interestingly, we found that among Forum correspondents opinion actually differed on the merits of the proposal, though clearly most were opposed. It rather came down to a straight choice: the presumption toward permission for new residential development, or a belief that the current Floral Hall is a positive contributor to the Conservation Area, a key part of a particularly harmonious townscape setting – and indeed a heritage asset in its own right (Haringey has it on the ‘Local List’).

It’s certainly a well known feature for arrivals on the W7 as they descend the Hog’s Back, and for many it carries a long association with the Sorrels – for decades the local florists, latterly antiques dealers. Floral Hall’s coquettish Parisian charm seems to work well as a Nickel bar too. It’s all about the materiality of the glazing, the original detailing of the shopfront, and the contrast with the shopping parade. 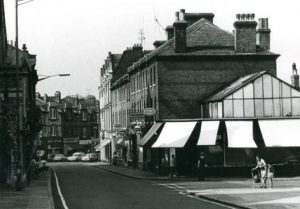 At least the façade will be saved, though the scale of the new proposal is a problem – one suspects it would have attracted a more favourable response if a single upper storey had been the plan. Whether the novel design, which layers the new storeys in imitation of the ground floor, will work is open to question. However, we do note that the applicant asserts the building is deteriorating, the structural integrity of the Floral Hall is poor and may be approaching the end of its functional design life.

As it stands, the 1929 Floral Hall represents one of the increasingly few examples of interwar architecture in the area, Crouch End’s golden age. 1929 alone saw the openings of the Earl Haig Hall, the YMCA, and the Park Road Lido, and plans were first made for the construction of municipal offices in Crouch End – what eventually became Hornsey Town Hall. The building also presents a typical though increasingly rare example of an extensively glazed commercial building on a shopping street – a design that reflected and met the needs of the late Victorian and Edwardian penchant for conservatories, often attached to the large Victorian houses found in the district.

But, if the proposal goes ahead any claim of Floral Hall to historic significance, even within the category of ‘non-designated heritage asset’, will be lost. The Local Planning Authority should weigh the harm caused carefully.

It is important to the Neighbourhood Forum that the integrity and treatment of locally listed buildings in Haringey be given a high priority. The practice of retaining interesting sections of buildings whilst adding overbearing extensions, a type of façadism, should in all probability be resisted unless the design is of particular high quality. 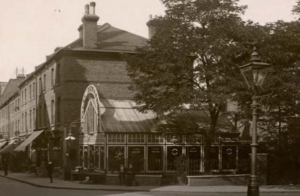