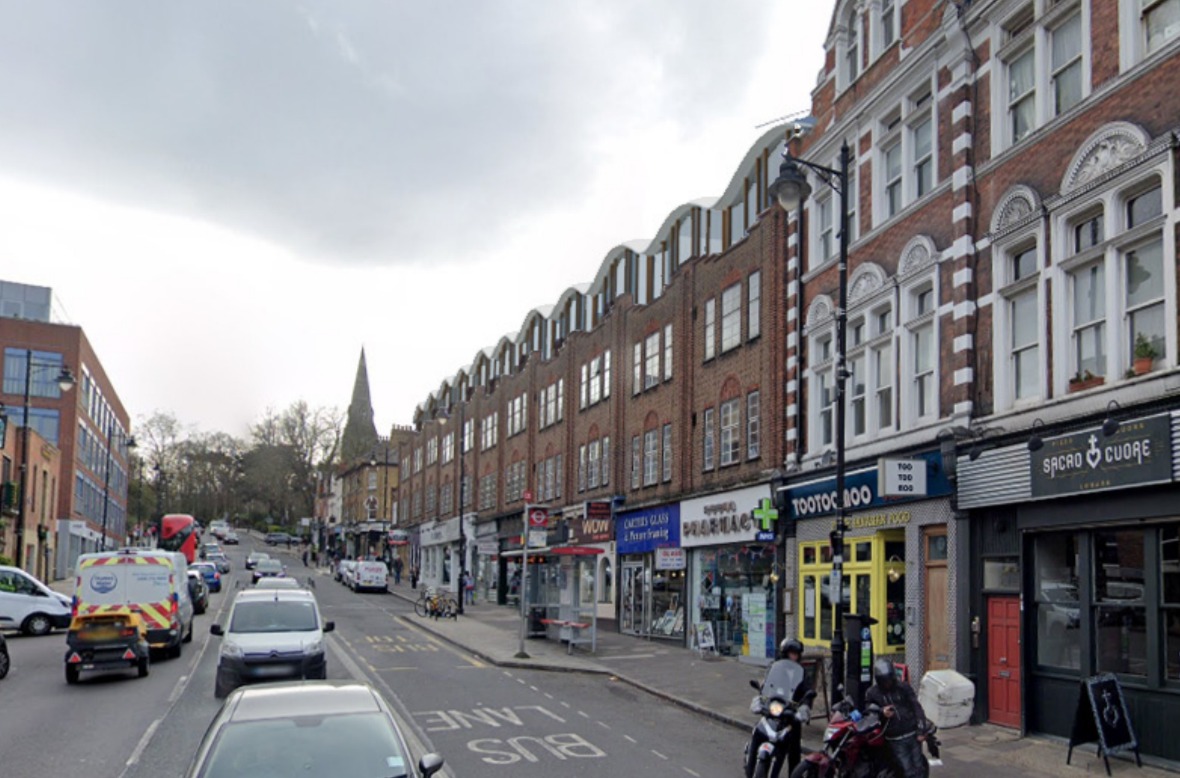 Crouch End’s residential developments continue to arrive, year after year, and everyone’s focus in 2022 will undoubtedly fall upon the (finally) completing Tottenham Lane flats, and of course the largest scheme of all, Hornsey Town Hall (of which we’ve blogged on numerous occasions).

However, with obvious sites now built up another phenomenon is upon us: the rooftop extension. Supported by government planning guidance – including permitted development rights – the exercise is aimed at densifying suburbs, although certain safeguards exist for older properties and conservation areas. We’ve already seen a few skywards applications go through, all controversial in their own way, all subject to the push toward increased planning approval rates: 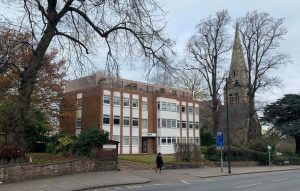 And now another two significant proposals for the town centre are progressing through planning:

and the Floral Hall, a locally listed landmark for anyone approaching Crouch End from Crouch Hill, gets a couple of extra floors (comments are open). 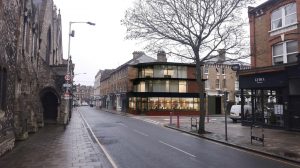 
(Not forgetting and just around the corner, other sites, including the ex-Oddbins on Crouch Hill, and possibly the light industrial estate on Lynton Road, may follow).

We did submit a circumlocutory response to the Broadway Court application (below) – what do people think? 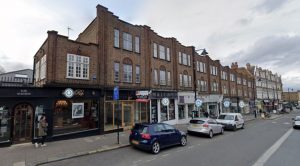 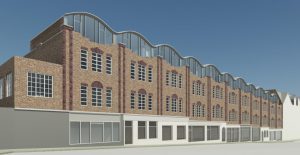 Above, Broadway Court before and after (images, applicant’s DAS)

Firstly, we note the well detailed complaints of residents regarding the quality of the application, and the numerous flaws contained. These should be addressed, as should the loss of amenity of residents, for example the loss of skylights and chimneys, which may well offer sufficient justification alone to warrant a refusal.

The historic significance of Crouch End town centre does not rely solely upon period and the homogeneity of the largely Victorian built form. Any heritage appraisal must also identify that Crouch End, and its sister centre of Muswell Hill, present two of the pre-eminent assemblages of suburban shopping parades in London and beyond: shopping parades that for a century made a fundamental contribution to the built heritage of suburban Britain (*).

Notably, Crouch End features parades from the 1850s to the present day and the importance here is in terms of stylistic progression, and subsequent survival, of the form, and the consequent assessment of heritage value ought to possess corresponding weight. The early 1930s Broadway Court and the impact of the current proposal should be understood in this light. The building’s arrangement of shared front entrance decorated with deco corbels, flat roof, plain façade, and simple casement windows are typical of interwar parades, designed in deliberate contrast to the adjacent Victorian decoration and exuberance.

Alas, the lack of attention toward the shopping-parade architectural form across suburban centres has over time led to a deterioration of both upper, residential sections, and especially poor and inappropriate shopfronts. Despite good local policy in this regard (Local Plan policies DM8/Shopfronts and DM9/Conservation Areas), shopfronts continue to decline in the Crouch End Conservation Area. It is regrettable therefore that a restoration and improvement scheme to address the poor shopfronts of Broadway Court is not part of this project – if it were it would provide notable public heritage benefit, a balance to the impact of the roof extensions.

The merits of the design of the proposal are mixed. In its favour, the rhythm of the roofline is intact, the height and massing in scale, the elements of verticality of bays retained, and it is arguable that the enclosure of Crouch End Hill may actually be improved. However, whilst the design philosophy of presenting deliberately contrasting work to better retain the integrity of the original composition is appreciated, the curved form and materiality of the proposal is not in keeping with other local architectural elements either: it still has to relate to the pitched mansards and gables of neighbouring parades. Setting is therefore an issue – logically the proposal affects the relationship of the period buildings. Perhaps in response the stepped form of the current parapet could be recreated or referenced in some way? In addition, the attempted ‘lightness’ of form will likely not decrease its visibility.

We therefore welcome that the proposal retains the present façade but believe that it will adversely affect the character and appearance of the Crouch End Conservation Area. The completeness of the aesthetic of the 1930s block will be partially lost. It is of course possible to conclude, as does the applicant, that the impact upon the Conservation Area and any loss of significance nevertheless add up to less than substantial harm. However, the required public benefit is minimal, and we would caution against easy conclusions and suggest any decision must respond to the more complete heritage appraisal set out above.