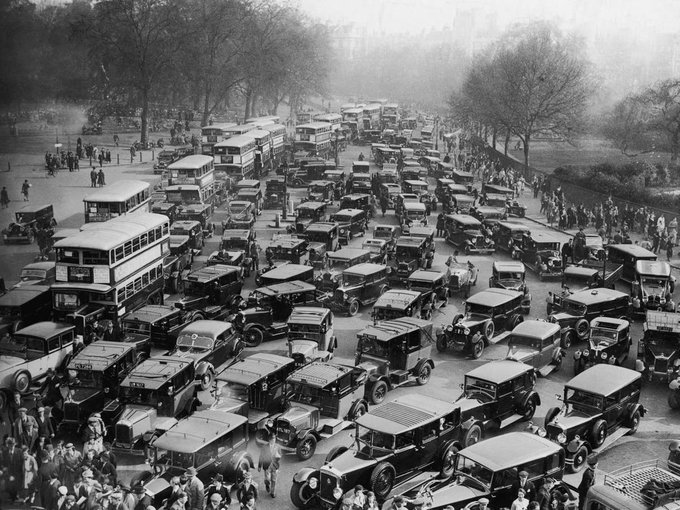 The controversial Liveable Crouch End TfL-backed scheme is alive and kicking – and at an interesting stage in its gestation. In essence, if you have a good idea how to improve Crouch End for walkers and cyclists, now’s a good time to send it in. Designs are in flux.

And remember, whether Crouch End gets this funding or not, others are – the development of pro-active travel schemes are emerging across London, from Hackney to Kingston (Haringey’s next LNI bid will be for Tottenham).

Haringey have published much data from the recent trial (click here). For previous CENF posts on the subject, click here.

It may be worth reiterating that much of the overall challenge is perfectly well known. For instance that the diversion of traffic will cause significant displacement onto the main roads, and that that won’t be alleviated solely by evaporation… indeed the consultants are perfectly aware of this, reflected by the design of a trial aimed at gathering evidence on traffic movement. Additionally, most of the existing data on evaporation is poor and often inapplicable. They need to develop their own modelling for Crouch End. Which again, is precisely what the trial was intended to contribute to.

It is notable that many people have commented on air pollution. Plainly this problem essentially follows the traffic, so during the trial levels would have risen on the main roads, and lessened on Middle Lane. Indeed, this is so obvious they did not waste any money setting up a two-week study… not to say this issue isn’t important of course, and the effect of the overall scheme on air pollution will be measured closely, over years, to assess effects.

Others pointed to bus performance issues – the improvement of which is part of the core objectives for the scheme; and others commented upon the impact on local traders – which again is supposedly a core variable, and one CENF is particularly interested in.

Please do bear in mind that the trial looked at a small part of the potential overall scheme. 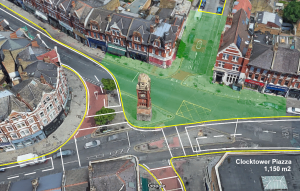 Will we still get a Clock Tower Piazza?  (image: Google with CENF additions)

Design work will recommence shortly, with the submission for TfL gate 2 very much in mind.

For what it’s worth, the Forum (and councillors) have carefully explained the characteristics of Crouch End to Haringey and Project Centre, who are now perfectly aware of the issues. But what happens next is less clear. TfL’s views will carry significant weight, probably more so than Haringey’s.

The two key challenges are that, –

The big wins are the list of TfL scheme identified benefits (environmental, health, etc.), but particularly for Crouch End, –

And as things stand, it looks as if there are perhaps three rough options for the conceptual designs coming forward (and we’re speculating here, we don’t know what will emerge),–

There are no easy answers here – but there are huge benefits to be had if they get it right. Crouch End town centre is going downhill, is shabby, and full of traffic. The funding from Liveable Neighbourhoods is our one chance to change things. There will be no other resources available for infrastructure improvements for decades to come. This is it.

Whatever comes forward Liveable Crouch End will have to deliver at least a 10% reduction in traffic whilst maintaining bus performance levels. Tricky, though as other places in the UK (and the more so across Europe) seem able to produce far more radical schemes (alas, we, apparently, have difficulty with even a minor road closure), surely something progressive can be delivered.

Do let us know what you think, and do have a read through of the dedicated council website. 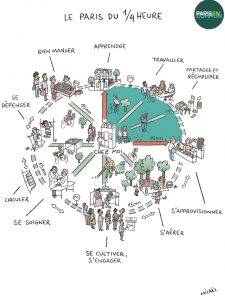