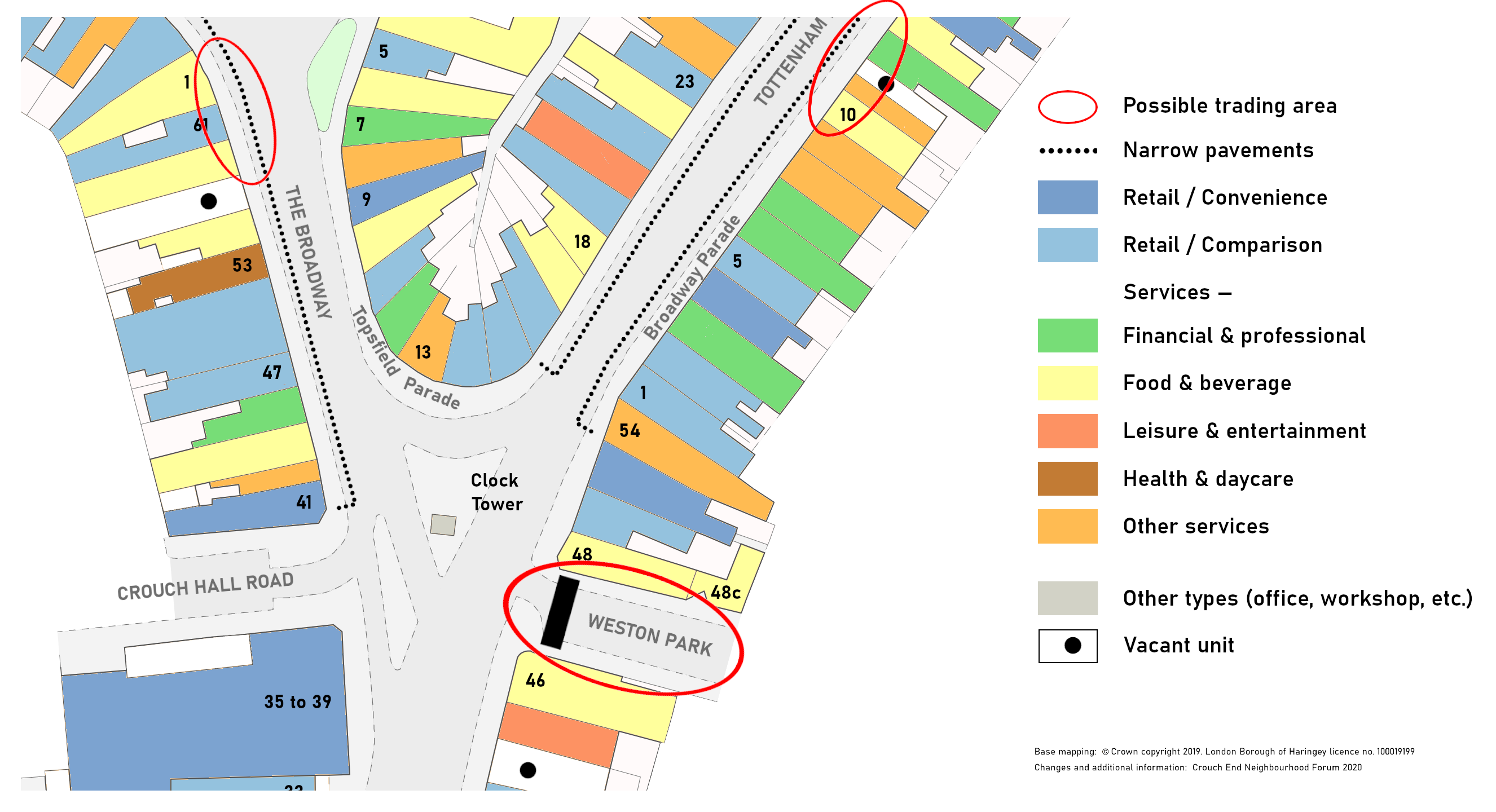 This post examines the merits of a change to increase public open space in the centre of Crouch End both in light of the Covid-19 infection and more generally.

This change has long been proposed under the heading of Liveable Crouch End.

The drawing at the head of this post is taken from an earlier blog covering a number of possible changes .

Our LibDem councillors have described this very simply as

From the diagram at the head of this post I am here discussing only the closure of a short section of Weston Park.

The Forum diagram goes beyond simple filtering and includes the creation of an outdoor , mainly pedestrian area.

Why I think this is a good idea.

Counting against the idea

Twitter abounds with examples of this sort of closure, in London boroughs and in other major cities. Broadly this is deemed to be a good idea.

Today I went to see the great work of the @haringeycouncil Highways Team in ‘The Gardens’ area.

While this seems to be part of a longer term project a temporary arrangement along the same lines, but using temporary materials, in Weston Park would suit very well 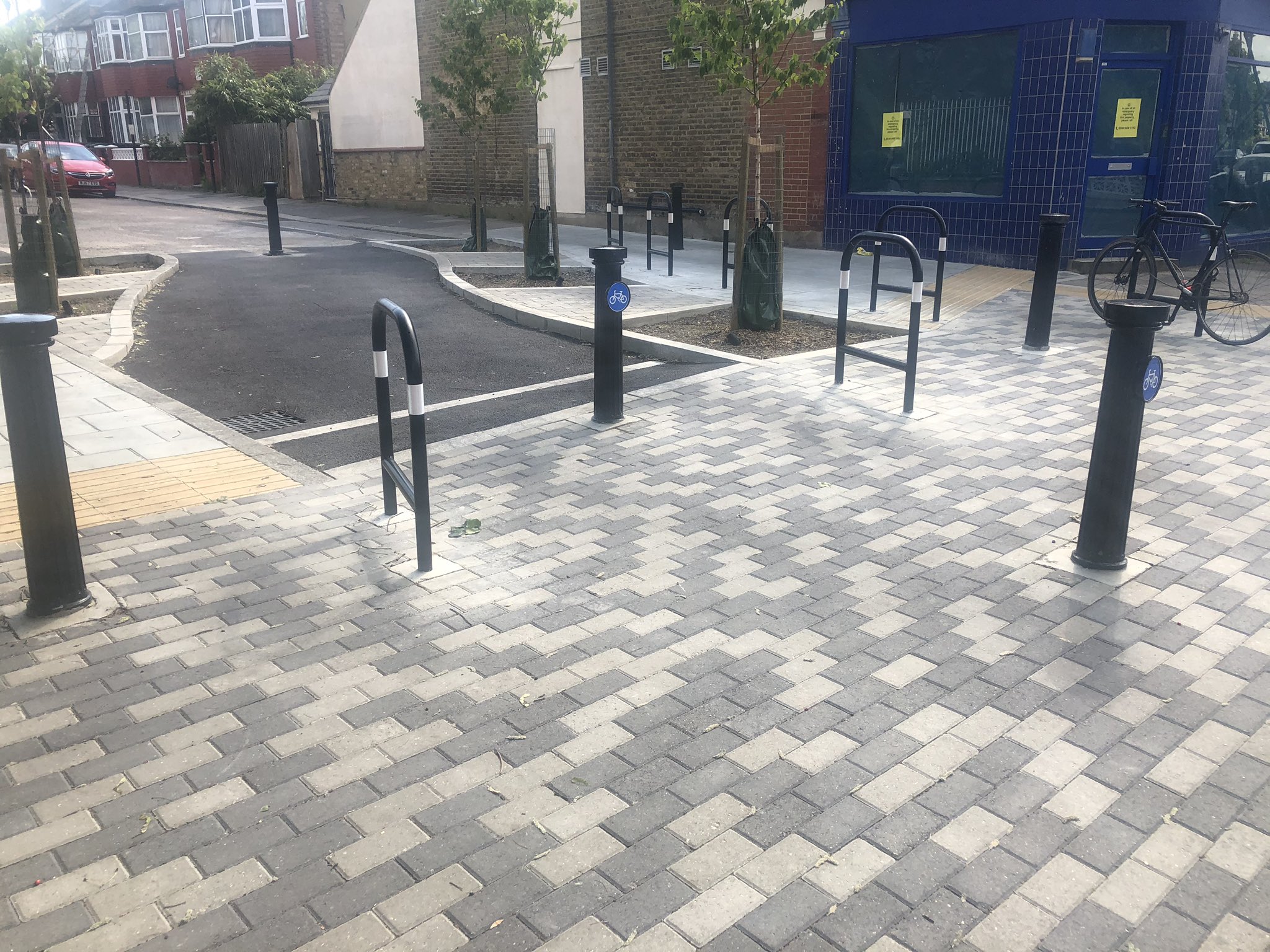 This particular intervention  has been proposed since the earliest days of the Liveable Crouch End project. This diagram is taken from a Haringey document dated October 2017. (More details are here) 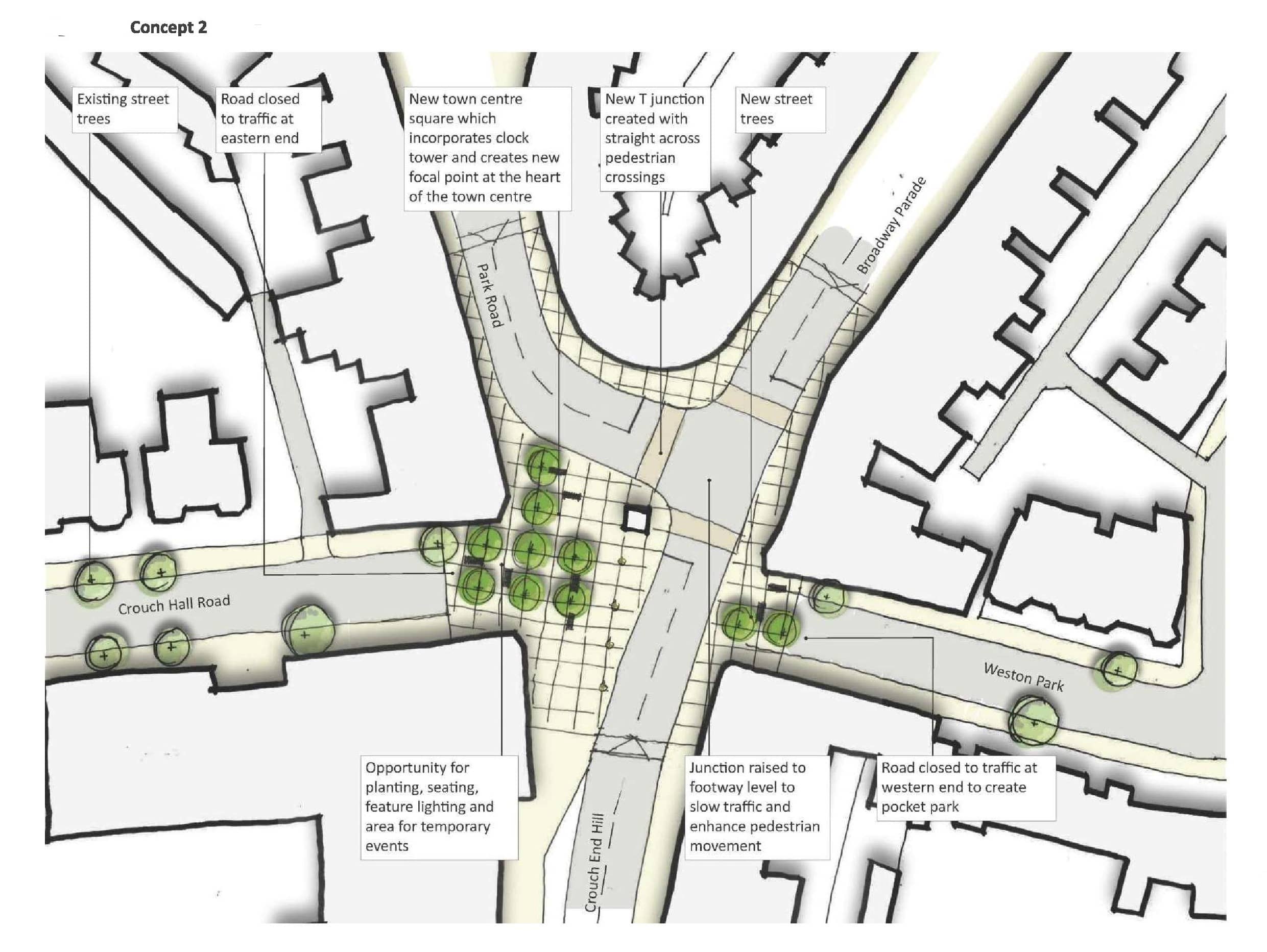 This early concept goes much further than is being discussed in this note. Here I am looking only at a temporary, tactical proposal which might be easily reversed should it prove impractical.