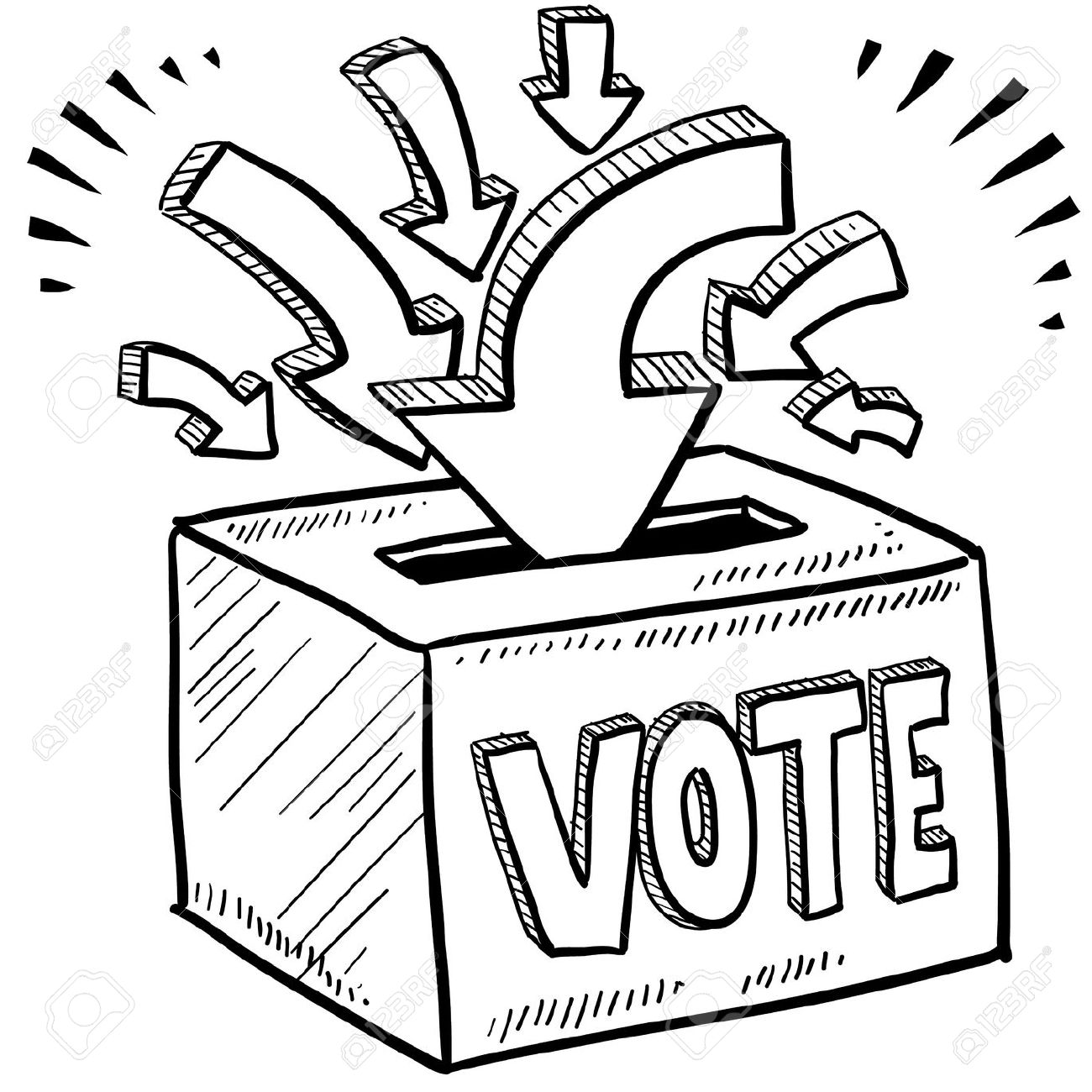 1. Name        David Winskill
Address    Resident in Uplands Road N8
Statement     I was born in Weston Park where my family had a grocery shop. I attended local schools and my first job was with Haringey council as a gardener. I served as a Crouch End Ward councillor for twelve years until I stood down in 2104. During that time I was involved in many planning campaigns and helped set up the HTH Community Partnership Board which became the Creative Trust . I continue to have a wide interest in local affairs, planning, transport and health. Since its inception in October 2014, I have been interim chair of the CENF steering group and hope to continue my involvement as it starts the work of writing the Neighbourhood Plan.
I am not a member of any political party, am an Associate of the Men’s Health Forum, Deputy chair oh London Patients’ Voice, a trustee of the HTH CIC and on the HHS Publications Committee

2. Name Fabiola Cedillo
Resident in: Crescent Road
Statement:
I have been a resident of Crouch End since 2013, and a visitor between 2004-2006 when I was living on nearby Mount Pleasant Villas road. I am an active user of Hornsey Community Vale Centre, Hornsey Library, Park Leisure Centre, Parkland Walk, Hornsey Town Hall, and local streets and shops.  I could be considered a “new” resident – one that wants to learn the about the old and the new in Crouch End, and be part of the community transformations that benefit all.
As a Community Engagement Officer at Groundwork London I engaged communities in planning, designing and maintaining open green spaces across London.  I worked with housing associations, community groups, unemployed, hard to reach groups, businesses, food growers, residents, park users, housing management groups, and local authorities.  Previous to this I worked internationally with consultants and local authorities on projects on built heritage, landscape architecture, public realm, masterplans, street traders, heritage management plans and community engagement
I believe in developing opportunities for people to engage in their neighbourhood, and for planners to engage with both specialist and non-specialist audiences.   The CENF NP offers an opportunity for this and I would like to be able to contribute to this process.
Declaration of interests:
I am Volunteer of the Oral History Programme at the London Canal Museum.  We are now documenting stories of children growing up and parents raising children along London’s canal’s. I also volunteer for Trees for Cities, planting trees across London, and for Planning Aid for England to support outreach events for neighbourhood planners.

3. Name: Robert Jackson
I have been a resident of Glasslyn Road, Crouch End, for 15 years, and before that lived just over the hill near Archway. I retired recently having worked in the computer industry for nearly 40 years. I am a committee member of CREOS (Crouch End Open Space), a charity whose purpose is to conserve the Crouch End playing fields, and so I have a particular interest in protecting the green spaces in the neighbourhood.

5. Name: Sally Mustoe
I have lived in Avenue Road for 21 years. Born in Hampshire, came to London to read English but joined P&O after 2 years (joint ambitions: write & travel by sea). Was BBC journalist for nearly 40 years and continue to broadcast & write voluntary work :mostly environmental and international aid eg: ran England Ball for CPRE for 7 years, Initiated and ran Welfare section of Islington Red Cross, also 4 Crouch End Festivals (Our Environment and the Arts 1998-2001). Local activist: school governor (5), MHAM for nearly 20 years and Victim Support for 5, founder member of Haringey Tree Trust and CENF Steering Group (strongly agree with other potential Exec members that CENF must not be highjacked by ANY party political Crouchenders). I am currently involved in FoE, Moorfields & Metropolitan Advisory and am Neighbourhood Watch co-ordinator for Avenue Road and
CASCH .
I have a daughter in Muswell Hill with her partner and my grandchildren aged 7 & 10 and I have a son in Portland Oregon; I’ve been married 3 times.

6. Name: Chris Williamson
I have lived in Womersley Road with my wife and 2 children for 15 years.I have always been active in the community wherever I have worked and lived.A few years ago I was part of a campaign to bring the Town Hall back into use.I had proposals for the area in front of the town hall featured in the Crouch End Journal and approached Picture House cinemas who were interested in my ideas but we couldn’t make the finances work because of the repair costs and the heritage issues. I am an active member of the Coolhurst Tennis Club and play in the ladder so meet many residents through that.
I have ran the Crouch End 10k every year.
I think Crouch End is a great place and want to contribute to making it specal. Not to object to progress and change but to ensure that any change is positive.

7. Name: Mark Afford
Address.  Elder Avenue N8
Statement.  Resident in Crouch End for more than 25 years, with a teenage son schooled at Coleridge and Highgate Woods, my interest in CENF stems from a passion for the local area and a belief in civic engagement. I have a background in partnerships and collaborations across multiple sectors through a career in higher education, and am a founder of the Hornsey Town Hall CIC working toward a popular solution for the Town Hall. An active member in establishing the Neighbourhood Forum, I hope to continue a pragmatic advocacy of all things Crouch End. My interests are in planning, transport, heritage, and the built environment.
I have no political affiliation.

8. Name: Miriam Levin
Address: Fairfield Road
Statement: I have lived in Crouch End for the last 9 years, my kids go to school here and it’s the first place where I’ve felt like part of a community. I have been on the steering group for the CENF since its inception. I am also one of the original members of the Hornsey Town Hall Appreciation Society and Hornsey Town Hall Community Interest Company and have been working with the group over the last few months to achieve a future for the town hall that will benefit everyone. I am also on the committee of the Crouch End Chavurah, Crouch End’s liberal Jewish community. I hope to bring my skills in community engagement to the Executive Committee – much of my career has been in running community engagement programmes in heritage, regeneration and the built environment, as well as knowledge from my current day job in the Neighbourhood Planning team at the Department for Communities and Local Government.

9. Name: Charlie Sharp
Resident in: Elmfield Avenue
Statement: I have been a resident of the Crouch End area since 1976. I had the privilege to serve as a local councillor for Crouch End ward from 1994-2002. I helped organise the 1995 Clocktower Festival, and was on the Planning Committee for 8 years, 4 of them as deputy chair. I was also the inaugural chair of the local Neighbourhood Assembly and tried hard to inform and involve local residents about plans and policies. I believe that CENF offers a way of widening consultation with everyone in the area about both planning for the future and engaging with current issues.
Declaration of interest: I am a member of the British Psychological Society , and the British Computer
Society

10. Name: Norman Beddington
Address: Barrington Rd
Statement: I have lived in the Neighbourhood Area for 7 years. In Islington where I lived for 28 years before that I was a local councillor for seven years, and was a member of the Planning Committee. I was involved with the area assembly in Clerkenwell where I lived and was also an active member of various community transport and planning campaigns. I have been interim secretary of the Steering Group since its inception in October 2014, and would like to continue to make use of what I have learnt in this role, and my knowledge of and interest in community campaigning, planning, transport and sustainability to the Executive Committee.Until I retired in 2012 I was an energy consultant specializing in the eco-renovation of older housing, and we have achieved an energy-efficient and sustainable renovation of our house in Barrington Rd.
Interests
I am interested in discussing with local people how Crouch End Town centre can be made much easier to access and use for pedestrians and cyclists, how the street environment can be improved and how the impact of traffic can be reduced. I am also concerned about the continuing loss of office & commercial space in Crouch End and its replacement so that Crouch End does not become just a dormitory suburb.

11. Name: Chris Mason
Resident in: Avenue Road
Statement: I have lived in the area since 1986 and in that time I have been a member of the Hornsey Conservation Areas Advisory Committee and its borough wide equivalent as well as sitting for a while of the Haringey Design Panel which has been re-cast on a more accountable basis at my instigation and was one of the instigators of the Forum. I have recorded the shopfronts and townscape of the area since 1990. Declaration of interest: I am a member of the Royal Institute of British Architects and the Royal Town Planning institute, Hornsey Historical Society and Secretary of Friends of the Parkland Walk.

12. Name: Ciron Edwards
Resident in: Exchange House, Crouch End Hill
Statement: Crouch End resident for seven years and lived on the Ladders and in Hornsey prior to that.I’m a trained architect specialising in brief development, urban design/masterplanning, public consultation and stakeholder engagement with particular experience in school design and large, complex and challenging regeneration projects across London and the UK. I enjoy working with communities of all shapes and sizes in participatory processes and believe that genuine involvement can enrich the way places work.I’m a keen cyclist and member of CTC that used to race on and off road, but now stick to mainly utility cycling and run silly far distances instead.

13. Name: John Gregson
Resident of: Crouch Hall Road
Statement: I have lived in Crouch End for over 30 years and am a Co-founder and past Chair of Trustees of Crouch End Festival Chorus. From 1982 – 1985 I directed the then first Crouch End Arts Festival. I continue to support the Chorus by raising funds for it from local businesses. I remain passionate about Crouch End and what it has to offer and am particularly interested in doing what I can to represent the interests of the senior members of our community especially in the design of, and the provision of facilities in, the town centre.I am recently semi-retired after a 40 year career in the insurance industry most of which has been spent in the
City of London.

AMENDMENT TO CONSTITUTION (replacement amendment)
The previous amendment is withdrawn, and the following put forward instead by the Acting Secretary:
3 Membership and Organisation
Membership
Para 3.1 Membership of CENF shall be at least 21 individuals and is open to:
 residents living in the Area, either as individual members or via representative bodies such as
those outlined below;
 affiliated representative Residents’ Associations, friends’ groups, and amenity societies and
associations, collectively described herein as ‘Organisations’;
 local businesses and individuals who work in, and have long term interest in, the Area;
 Crouch End Councillors, and representatives from Hornsey, Stroud Green and Muswell Hill
Wards (see 3.8, below) and GLA members whose area falls within the Neighbourhood area.
Replace the third clause with:
 local businesses and individuals who work in, and have a sustained interest in the area

MOTION
Put forward by Karen Brookfield:
‘As representatives of the petitioners to Transport for London for improvement of the W3 bus service through Crouch End we call on Crouch End Neighbourhood Forum to monitor the additional buses
being put on by Tfl, and if necessary to suggest further improvements’
Norman Beddington
Acting Secretary