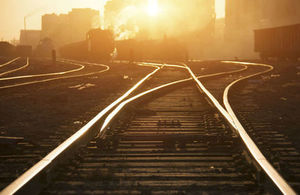 The 2016 budget gave us the news that Crossrail 2 will go ahead. But the report of the National Infrastructure Commission, headed by cross-bench peer Lord Adonis, brought bad news for Haringey and the proposed plans for Wood Green. It says

The case for deferring the north-western branch of the Crossrail 2 tunnel, serving Seven Sisters, Turnpike Lane, Alexandra Palace and New Southgate, merits particular scrutiny. The core benefit provided by this branch is its relief of the Piccadilly line, through the connection at Turnpike Lane, but this is less crowded than the Victoria and Northern lines in the early 2030s, as it will have more recently benefited from new capacity through the New Tube for London programme. The branch does offer some additional relief for the Victoria line, but many of these benefits would be likely to be delivered in any case through the link to the Victoria line at Tottenham Hale. Its impact in terms of unlocking new housing is also much smaller than from any other major part of the Crossrail”

Given its high costs, the Commission believes there may be a strong case fordeferring the delivery of this branch until a later phase. This would reduce the costs of the initial scheme by over £4 billion, reflecting the fact that some facilities currently provided by the New Southgate branch would need to be moved elsewhere to enable the first phase to operate. It would also enable the relative case for the north-western branch and the proposed eastern extension to be considered when the second phase of the scheme is planned. The latter would be more expensive, but could bring greater overall benefits, particularly in relation to its impacts in unlocking housing and economic growth in the east of the capital.

Instead therefore, it suggests that an eastern branch towards Hackney be also examined. This has the potential to connect more housing to Crossrail 2. This information is contained in recommendation 4. Although there is a reference to cost-saving by having a single station at Wood Green, it is not clear whether the option for this is subsumed by the abandonment of the whole North Western branch. So it is not clear what will happen!

The plan doesn’t come without some implications.

Some of the changes recommended here, and the degree to which they are imposed top-down, may well cause concern amongst communities affected.

What can we conclude?

Firstly, the New Southgate, Alexandra Palace and Turnpike Lane branch is delayed until 2040 at the earliest (given that Crossrail 2 is scheduled for 2030). Secondly, there is an ambiguous comment about Wood Green being still included, but it seems unlikely, and again it seems as if it might be 2040+. What are the implications for the CENF area? Well, it looks as if little will change. We don’t have a fast link to town now, and we won’t have one in 2030. For some, that is part of the charm of the CENF area. In fact, I’d guess that is true for most people. The 91 may go electric, and with perhaps fewer cars may take the normal 35 minutes more often than it does now. TfL may have created a better W3/W7 by 2030. Equally we may fly on herds of tame pigs to Finsbury Park. But in the end, nothing much changes. Except we do get to pay for it, as the bill for Crossrail 2 will fall on all Londoners.

But what about Wood Green? The Wood Green Area Action Plan, on which CENF has commented, has only Option 1 that was not dependent on the arrival of Crossrail 2. The Council’s preferred Option 4 was very dependent on Crossrail 2 arriving at Wood Green. Option 4 of the plan was the most controversial, with two or three very tall (35/25 storey) buildings proposed, as well as many more 10-15 storey residences. This would dramatically change the skyline of North London, as well as the view of the Palace.

It is hard to know what the Council will do with the action plan. Undoubtedly they will lobby for Wood Green to have Crossrail 2, but the chances of that being viable look small. It seems as if a rethink will be needed. There will be a range of views on whether that is a blessing in disguise or not.

The views in this article reflect those of the author, and not necessarily those of CENF. They may provide a discussion point for the CENF community.