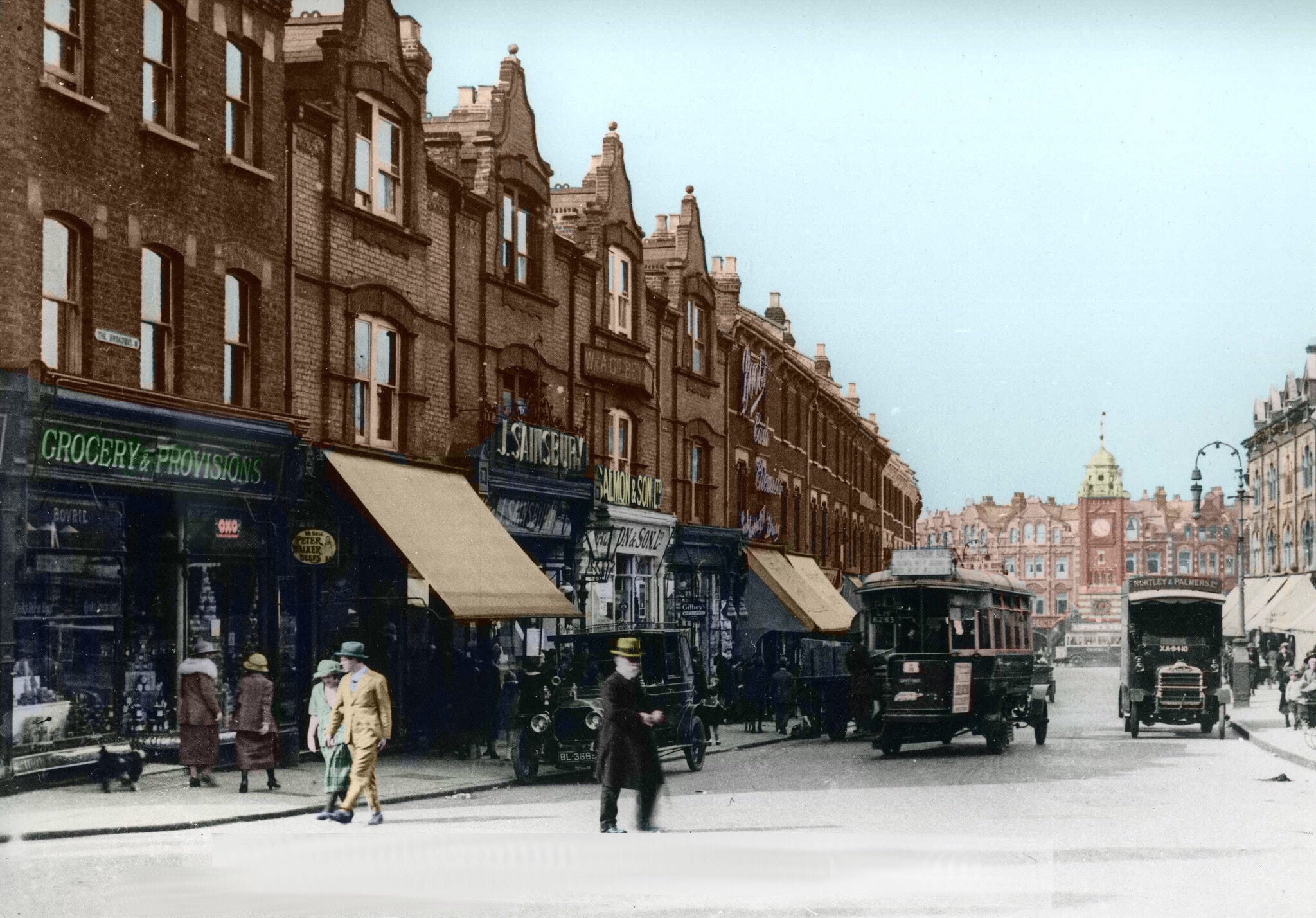 A year ago the Forum conducted a retail survey of Crouch End town centre (click here). Concerned about potential headwinds and future viability, we thought setting a baseline would be useful. So, a year on, how do things look?

Well, we’re happy to report rude health. We didn’t measure footfall or profitability of course, but if the vacancy rate is anything to go by the health of the town centre remains buoyant, with the number of vacant units falling from 12 last year (a 4% vacancy rate) to 9 (3%) now. This compares to rates of 10-12% nationally.

Only two units remained vacant over the full year – the ex-Arocaria Greek restaurant building (48c Broadway), and the ex-café at 16 Park Road, (a third, the ex-O Bag shop, was just coming up to 12 months). Even the long running eyesores of the shut-up ex-Bouga and ex-Spiazzo sites have wondrously managed to re-open.

There’s a slight fall in the overall number of retail units from 302 to 300 in the Town Centre due to Waterstones occupying what were three separate units, though new units are on the way: on the ground floor of the old Hornsey journal building on Tottenham Lane, replacing Kwik Fit, and as part of the Town Hall development. It appears we have (so far) escaped the decline of town centres so often reported.

Crouch End retail as of end December 2017. Click image for the full table.

There were 28 changes during the year (9% of units), with the highest number occurring along Tottenham Lane (8 on Topsfield Parade, 5 on Broadway Parade). This suggests the rents and rates levied along the Parades are excessive – an overvaluation which explains why most of Crouch End’s charity shops are located on the same stretch (they tend to move into the more difficult to let spots).

There remain few ‘undesirable’ shops, and while in comparison to Muswell Hill there are fewer ‘luxury’ retailers, the number of Crouch End bars and restaurants is 50% greater than our N10 neighbour.

Openings included a number of bars, restaurants and cafés, –

Other debuts include Waterstones, David Astbury Estate Agents, a couple of salons and clinics, the Tanning Shop and Liu Acupuncture, and a couple of salons for 4 legged customers, Shop Dog N8 and Foxy Groomers. The Post Office became part of the small chain of UOE owned outlets (the unit soon to be completely revamped).

Armed with queries posed by the community, some potential issues were highlighted – how is the town centre changing? Did local independents maintain share? Is the night-time economy growing? How many coffee bars do you need? The changes in numbers over the 12 months tell the story: –

Much remained the same – the number of chains/multiples stood still (71), so no change in the share for indies. The number of charity shops (9), and estate agents (increased by one to 21), also remained constant.

But clear growth occurred in two sectors: the number of food & beverage outlets increased to 73 (a 9% increase) – bars, eateries and takeaways now occupy 1 in 4 of town centre units – and the number of businesses roughly identified as hair & beauty increased to 34 (36 if you include those for dogs), a 10%+ increase.

The direction of travel is unmistakeable and fits with the popular conception: the retail offer of Crouch End is narrowing, replaced by growth in the leisure and service sectors. The impact of online shopping no doubt. It would be good to hear people’s thoughts on this – is it something to resist, and do we buck the market at our peril, or should it be something to embrace?

Another comparison to aid an appreciation of town centre vitality: banking and spending practices are changing quickly but Crouch End, despite its size, has managed to retain 6 banks/building societies with 12 streetside ATMs/cash machines. This contrasts with serious reductions in other areas. A quick rough count reveals 7 banks and 12 ATMs in equally buoyant Muswell Hill, but in smaller centres it’s a different story: only one bank and 2 ATMs remain in Highgate, no banks at all and just 3 ATMs in East Finchley (the Nat West closed this year), and one bank and a few ATMs in Archway. Even the larger Holloway centre has just 4 banks & building societies.

What of the other headwinds we identified last year? Mostly they haven’t quite happened as yet, though 2018 will see the large (35,000 sq ft) Hornsey High Street Sainsbury’s open, while the 2017 rise in business rates has been phased – so perhaps the full impact is to come (these issues were more fully addressed in the previous post). Meanwhile, Haringey Council remain devoted to a(nother) huge expansion of Wood Green centre, with the impact upon Crouch End receiving no consideration whatsoever. We’ll see what happens.