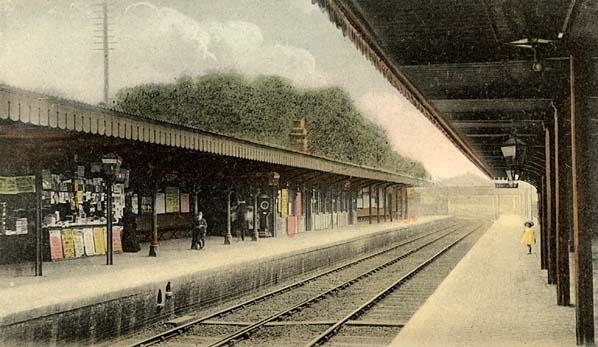 The Community Infrastructure Levy came into force in 2010. It allows local authorities such as Haringey to raise funds from developers undertaking new building projects in their area. The money can be used to fund a wide range of infrastructure needs resulting from such development.

Why is this relevant to CENF?

Because we can have a say in how some of the CIL money is spent. At least 15% of CIL receipts (called the neighbourhood element) must be allocated for spending in agreement with the local community in the area where development is taking place. When we have a neighbourhood plan in place this will increase to 25%.

How much CIL is there to spend?

We are still trying to obtain details of this from Haringey Council. The Council’s processes for collecting and spending CIL money are still at a formative stage. But to give an indication, any developer building residential accommodation in Crouch End is charged CIL at the rate of £265 per square metre. To give one local example, the development of flats in the Broadway above Waitrose incurred a CIL charge of £74,000. So the total CIL receipts each year could amount to quite a large sum of money. 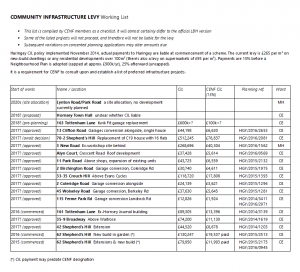 If all the planning permissions were acted upon, there’s a possible £ third of a million in the pot.

What can CIL receipts be spent on?

The neighbourhood element of the CIL can be spent on a wide range of projects. In principle such projects should provide, improve or replace community infrastructure, but can include anything that addresses the demands that development generally places on the local area. This definition allows CIL to be used for a broad range of facilities such as play areas, parks and green spaces, cultural and sports facilities, street furniture, lighting and other community facilities.

To take a nearby example, the Highgate Neighbourhood Forum has already drawn up a list of priorities for spending its neighbourhood element of CIL, which are listed on its web site. Included in the list are improvements to the Holly Lodge Community Centre, enhancing Pond Square, introducing new cycle routes and improving local signage.

We want to hear your ideas as to how we might spend neighbourhood CIL in Crouch End. We hope to draw up a list of candidate projects so that when CIL money becomes available we can tell the Council how we would like to see it spent. Please be as creative as you wish!