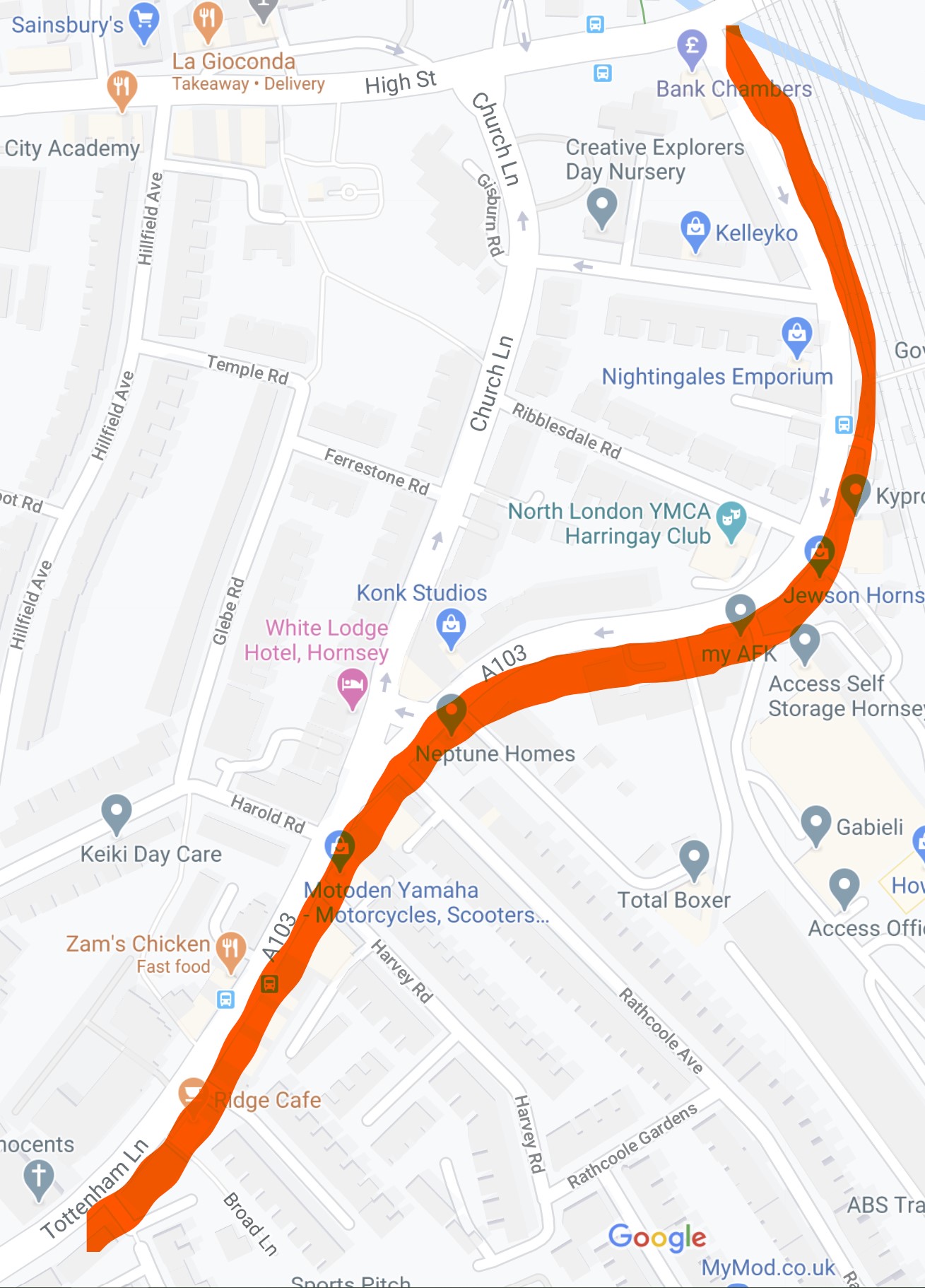 This post attempts to understand and to respond to a proposed cycle route through Hornsey towards Crouch End.
This opinion is mine alone, the Forum has not had an opportunity to discuss and agree a position. It is my view that the forum should not support the creation of this portion of a cycle lane from Turnpike Lane through the centre of Crouch End to Archway.

To eliminate almost all parking (the Councillors’ proposal) or to move the parking away from the kerb (Jake Morris) from the railway bridge on Hornsey High Street through to the centre of Crouch End in order to create a cycle route. This section forms part of a larger ambition to create a cycle route from Wood Green, and points north, towards Archway.
As far as I can tell from the narrative descriptions the route is what I have marked red on the  map at the head of the blog

Why do I not think this is a good idea:
1. It is a huge intervention. Slipping it in under cover of a pandemic , quickly and without consultation seems a bit naughty

2. There is probably little demand for it as a route, even taking into account any induced demand:

3. Haringey is not fleet of foot. Overcoming its natural inertia will not be easy. Let’s go for something on a manageable scale that benefits the Town Centre

4. One of the justifications that has been put forward is something called the SCA (Strategic Cycling Analysis)  . There is a map in there that shows potential cycling routes. This very clearly has gaps on the one way system to the north of Crouch End. So while I can see demand for cyclists to get out of Crouch End, particularly to the south, up Crouch End Hill towards Archway, the City and the West End, I see no demand for this route through Crouch End. 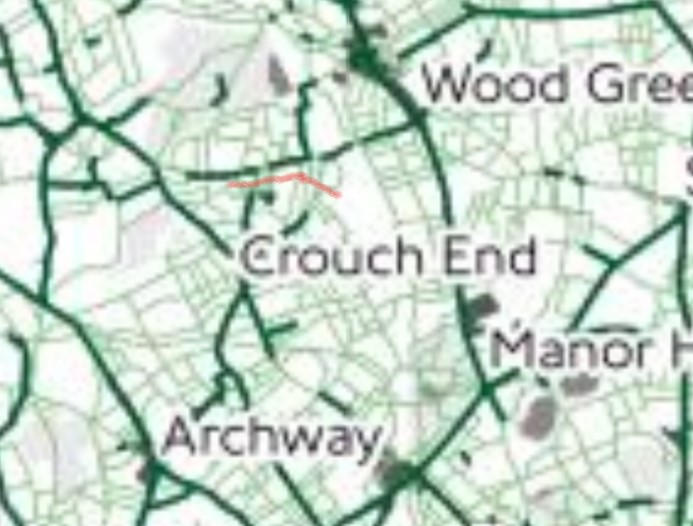 Potential cycling routes from the SCA