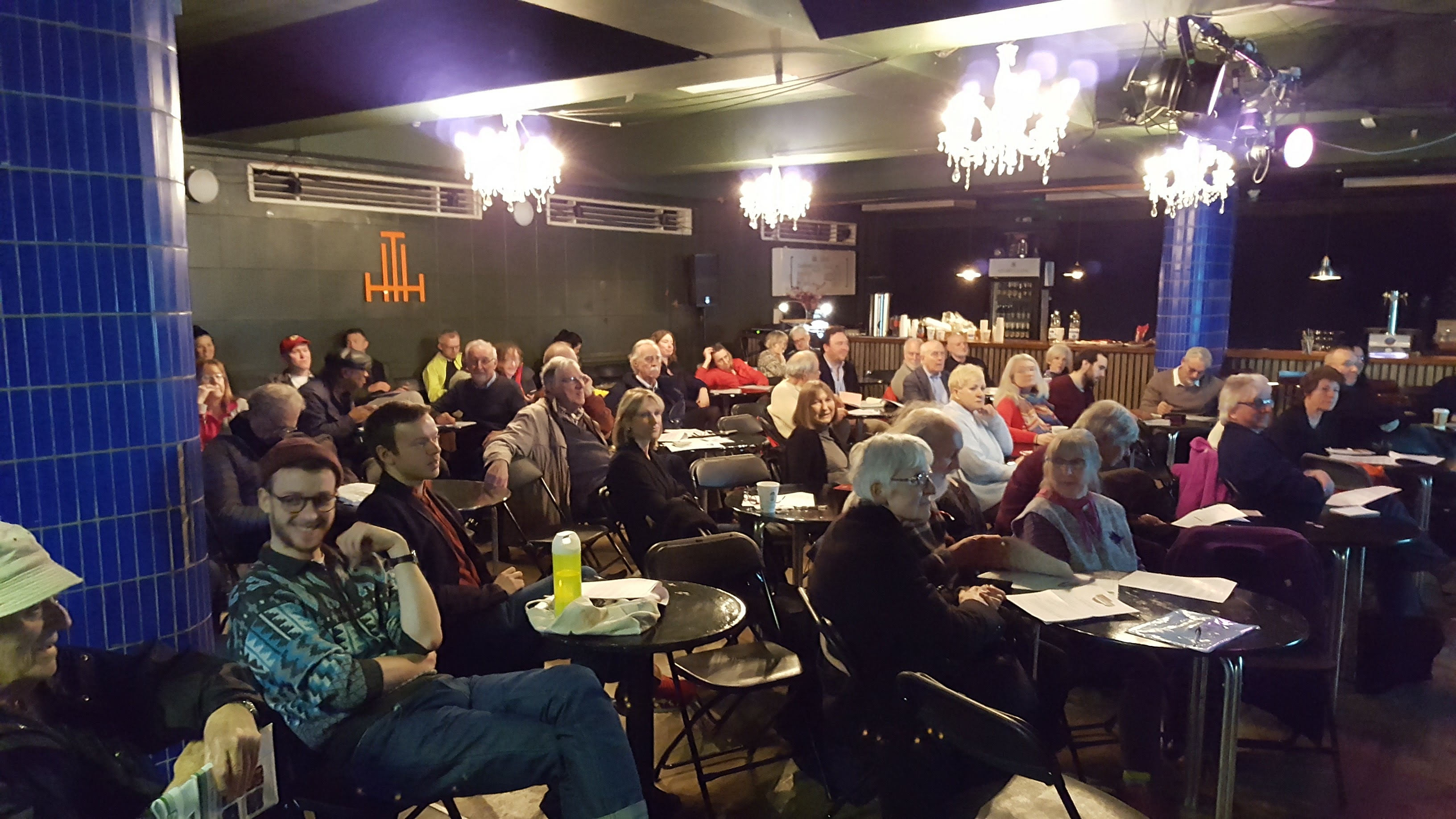 We had a very successful AGM on March 5th 2017. It was our second, and all the lessons we’d learned from the first showed in the quality of the occasion. The venue was the wonderful Supper Room in Hornsey Town Hall, which by some accounts, will still be an affordable room for hire even after the forthcoming renovations. To save too much typing I’ll tell my story in pictures.

The meeting was well attended. Here’s a panoramic shot of the room while Catherine West MP was speaking.

The attentive crowd hang on every word

Not only was the meeting full, but those present showed enthusiasm for the process and purposes of the Forum. A number of volunteers stepped forward to reinforce the already sturdy Executive Committee. A motion, passed on the hoof, expanded the size of the Committee to accommodate extras, a proceeding which might have to be tested against the constitution. The chair’s report, the finance report, some details from the Economy and Environment Working groups, an explanation of Community Infrastructure Levy, plus of course the election of the Committee concluded the  business part of the meeting.

Catherine West then spoke and took questions on a range of subjects. Brexit, of course, Crouch End is a dyed in the wool Remain area, and largely in tune with Catherine’s position. Affordable housing, the Town Hall and other topics came up. Catherine’s roles as an MP and mother keep her very busy but she stayed through the tea interval to talk personally to many of those present.

Before the tea break we also had our Parish Pump, with presentations from the Hornsey Historical Society, the Crouch End Festival, Crouch End Chamber of Commerce and the Crouch End Players. I completely failed to take any photographs during this stage, so I have simply linked in to each of the organisation’s websites.  So far , then, we’ve done our business, hooked up with Westminster, and fostered relations with local groups.

After the tea break two of the Forum Committee members gave presentations on Hornsey Town Hall setting out what we know about the latest proposals. 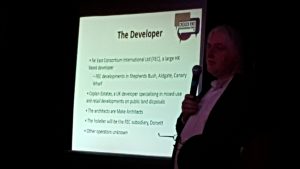 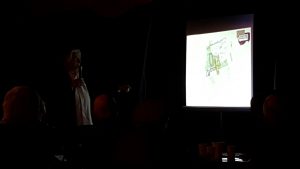 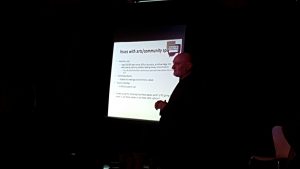 While the chairman relaxed and kept an eye on things 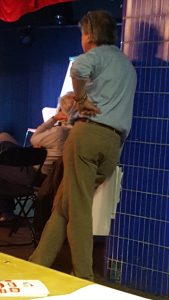 It was after these presentations that things went a little awry. The plan had been for Forum members to field questions about its response to the Town Hall proposals and indeed , to gather from the audience questions to ask of FEC, the developers, at a meeting scheduled for later this month. However, somewhat unexpectedly, two of our Labour Councillors 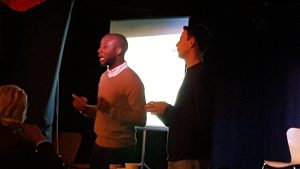 , Jason Arthur and Natan Doron had arrived during the tea break and were given the floor, both to make a brief presentation of their own and to answer questions, so we spent an unexpected hour in a reprise of the last six months’ or so press releases about Hornsey Town Hall.

The meeting closed rather later than planned, but I believe that the 70+ plus people in the room had a good time.